RIPOST will be implemented by a consortium of French actors led by AMP and co-funded by AFD and MAEDI. Solthis will be in charge of the project implementation in Guinea 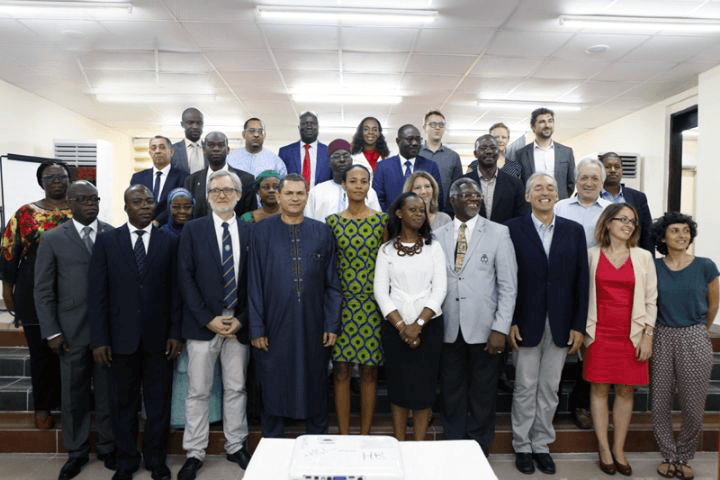 The epidemiological surveillance network of West African National Public Health  Institutes was  officially launched from the 3th to 5th of April 2017  in the presence of : the Ivoirian health Minister , the West African Health Organization ‘ s Chief Executive Officer, representatives of National Coordinating Institutions of the  six  beneficiary countries, the  Agence de Médecine Préventive  (AMP, preventive medicine agency) and other members of the consortium as well as representatives of  AFD and MAEDI.

Funded by AFD  (Development French Agency) and the French Ministry of Foreign Affairs and International Development (MAEDI), RIPOST  will be implemented by a consortium of french actors in the 6 countries :  AMP in the leading position, ISPED (Institute of Public Health, Epidemiology and Development), French Public Health, IANPHI (International Association of National Public Health Institutes), IRD (Research Institute for Development) and Solthis (Therapeutic Solidarity and  Initiatives for Health) who  will be in charge of the project implementation in Guinea, precisely through enhancing national community actors’ capacities in epidemiological surveillance.