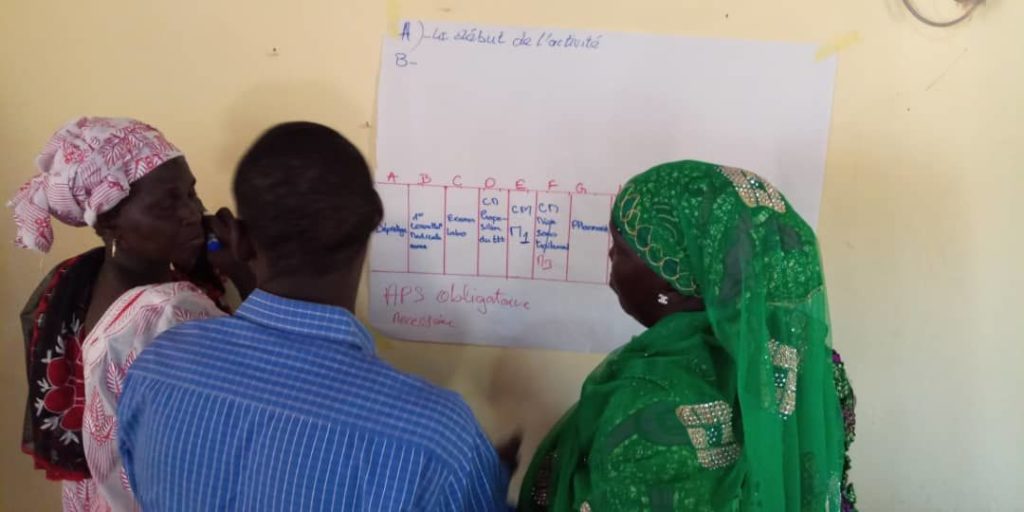 In Guinea, the PACTES Project continues to organize workshops to exchange and sensitize caregivers, HIV care centres’ personnel on the importance of the psychosocial support for PLHIV and the need to integrate the offer in the global HIV care system.

On Wednesday, June 19, 2019, patients, Psychosocial Agents (APS), receptionists and caregivers from the Kankan Regional Hospital gathered to analyze  an HIV-infected patient circuit to identify the different actors who intervene around the patient, define their roles and highlight situations where a psyschosocial agent must necessarily intervene and the situations where he/she must wait for a call from health wworkers.

The workshop also helped to produce a communication tool with participants to strengthen psychosocial care in the fight against HIV. Active pedagogical techniques such as the metaplan, the three little tricks, the patient circuit and snowball were used to make participants more active in the production of information.

“Now, I realize that there are many situations that should challenge us about the importance of psychosocial support,” said a participant. 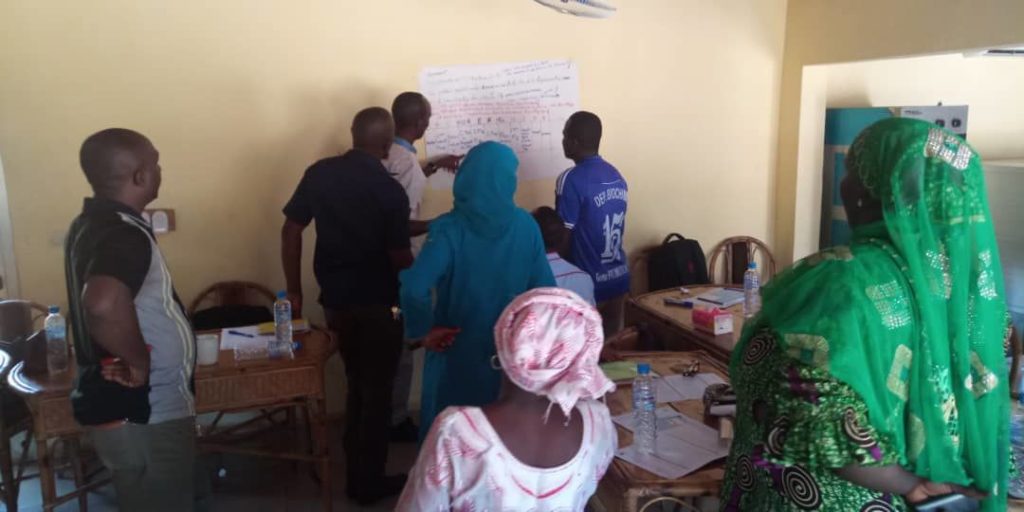 Focus: Taking gender-based violence into account in the fight against HIV

In a context of HIV care increasingly characterized by a demand for quality and respect for human rights, the PACTES project continued its activities in Kankan by training psychosocial counsellors and community leaders on advocacy. This training aimed to equip them with an advocacy strategy and technique to defend and better support patients. Dr Poréko Diallo, a psychotherapist,  member of the AGPC (Association Guinéenne de Psychologues Cliniciens) and based in Kankan as part of a project working  ton women victims of gender-based violence, was invited to the training to encourage participants to take these violence issues into account in advocacy and patient support. “There is a link between gender-based violence and its forms (early/forced marriages, rape, mutilation) with HIV. This is why psychosocial mediators must be aware of and involve this theme in their advocacy activities,” said Idiatou Poreko Diallo. 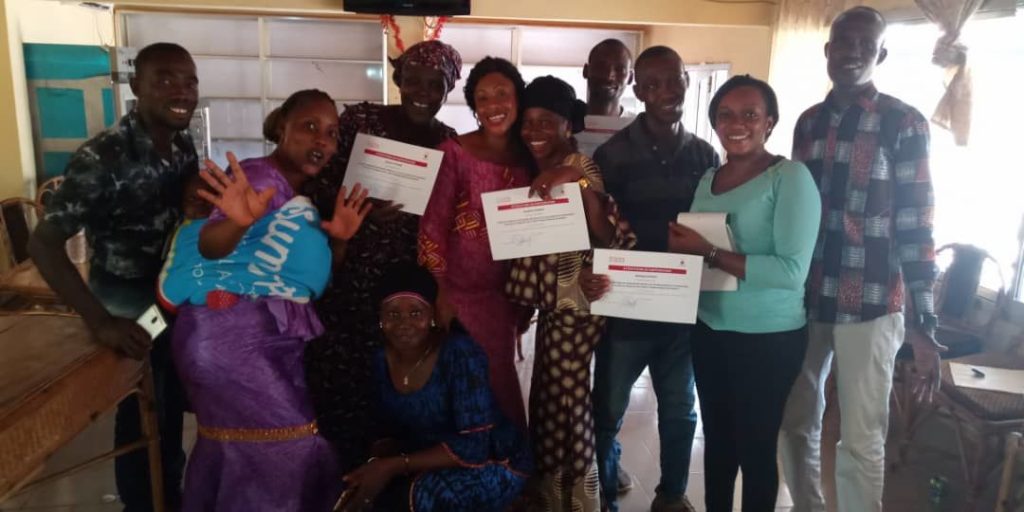