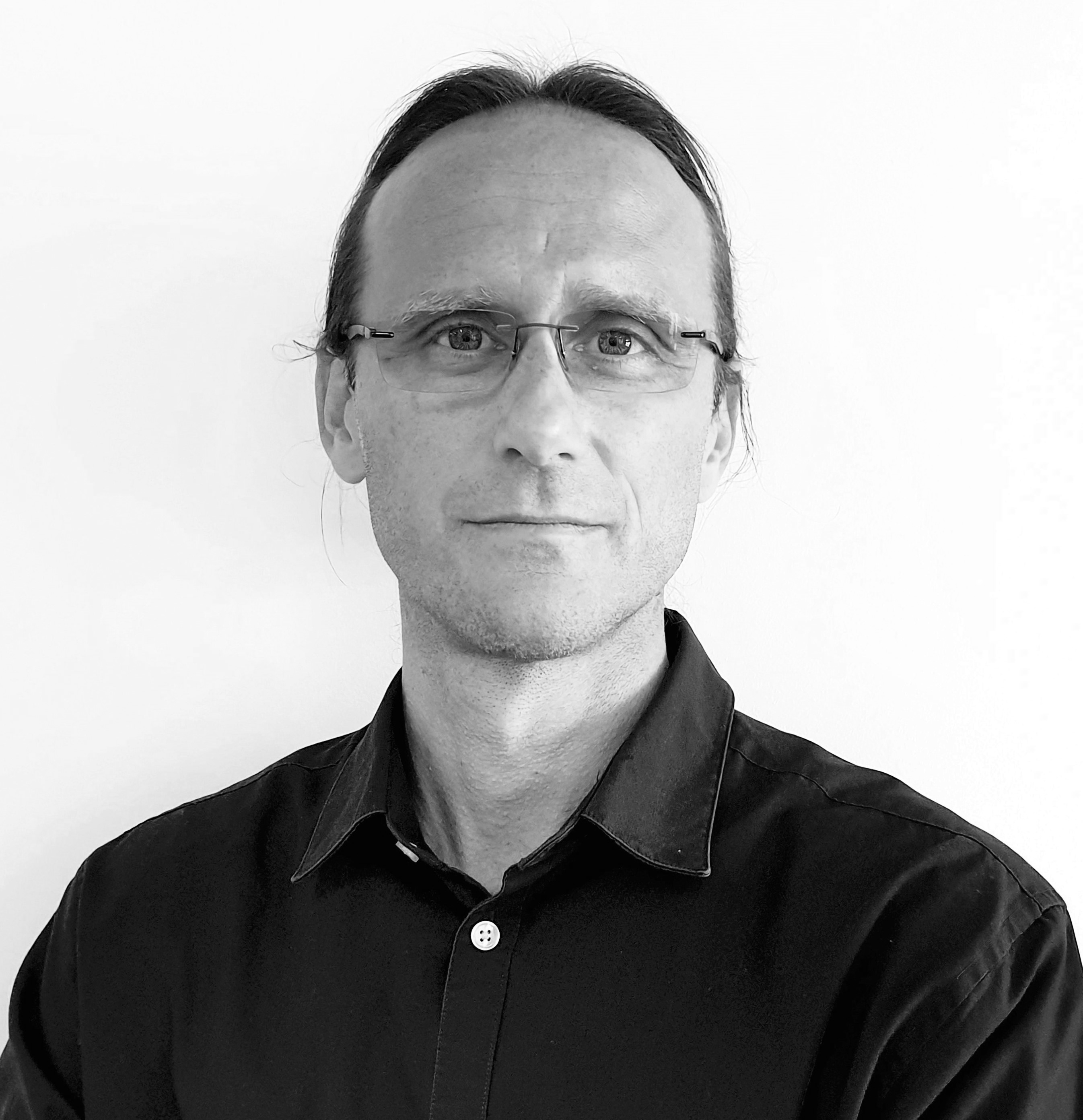 Dr Serge BREYSSE, Chief Executive Officer. Medical doctor with a degree in Public Health, Serge was the Director of the GloPID-R Secretariat, an alliance to bring together research funding organizations on a global scale to facilitate an effective and rapid research response for outbreak of emerging infectious disease with pandemic potential. He worked for more than 20 years in international solidarity organizations, particularly in Africa and Asia. He has created, developed and directed, within Action Contre la Faim, an innovative department combining advocacy, expertise and research. Serge Breysse has also been involved for more than 30 years in associative activities in France and abroad. He has participated in numerous scientific and more global publications. He has also been intervening in academic courses on international aid, global health and hunger issues. 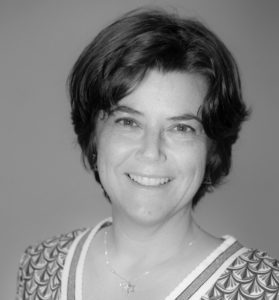 Sophie CALMETTES, Director of Operations. Former graduate of ESSEC, she also holds a Master’s degree in Public Health from the London School of Hygiene and Tropical Medicine. Sophie has more than 20 years' experience in project design, management and evaluation, and has an extended experience in health systems strengthening. She started working with Action against Hunger on the field as head of administration and finance, then she coordinated microfinance programmes at Groupe Developpement. She joined Solthis in 2007 as Director of Operations. In 2015 she became Solthis' Director of Development, in charge of coordinating new business development. In 2020 she was appointed Director of Operations. 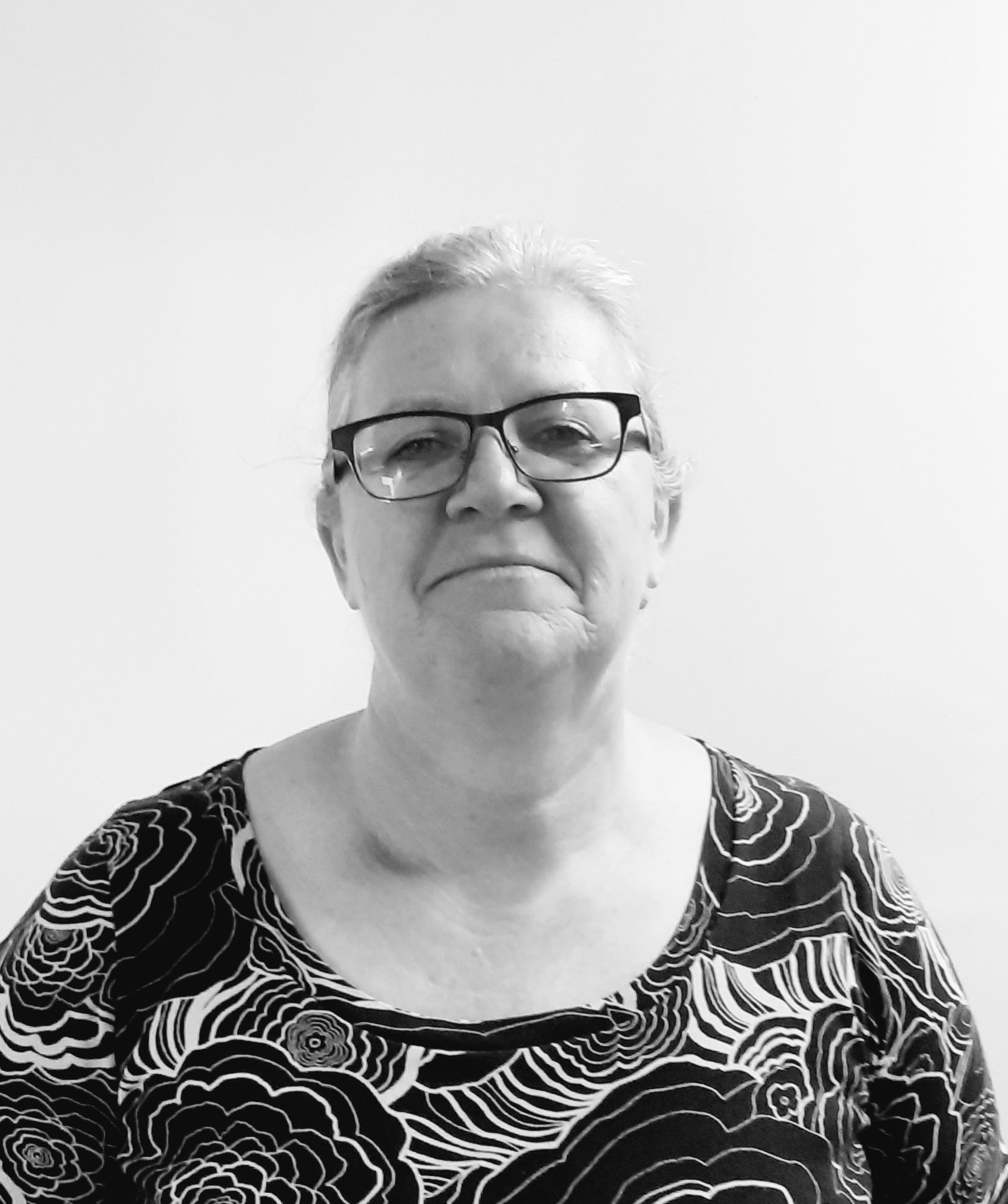 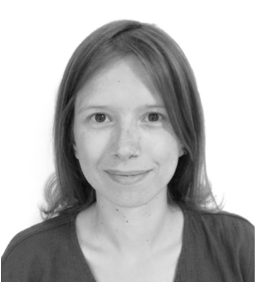 Léa MERILLON, Convention Programme and Monitoring Officer. She graduated from the University of Paris I Panthéon-Sorbonne in International Relations & Action Abroad, and European Studies & International Relations in 2013. Then, she worked for more than 4 years in the field in different countries with Catholic Relief Services (CRS) and Danish Refugee Council (DRC), mainly in emergency and rehabilitation contexts. She was in charge of monitoring and evaluation in the Philippines, Nepal, Haiti and Iran, and project manager in Guinea as part of the Ebola outbreak. In April 2019, she joined Solthis as Convention Programme and Monitoring Officer. 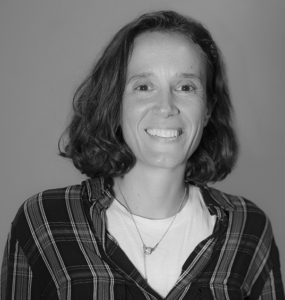 Sandrine BOUILLE, Desk Manager Guinea-Niger-Sierra Leone. Sandrine BOUILLE holds a degree in Political Science from the University of Lausanne and a Master’s degree in Development Studies from the Graduate Institute of International and Development Studies in Geneva. She has worked for more than 10 years in the field in different countries (mainly in West Africa and South-East Asia) with the Sentinels and Humanity & Inclusion Foundation as Head of Mission and Programme Manager. She then moved to Paris where she worked in the Advocacy Department of Humanity & Inclusion, then as Head of Africa Programs of Asmae-Association before joining Solthis in December 2019. 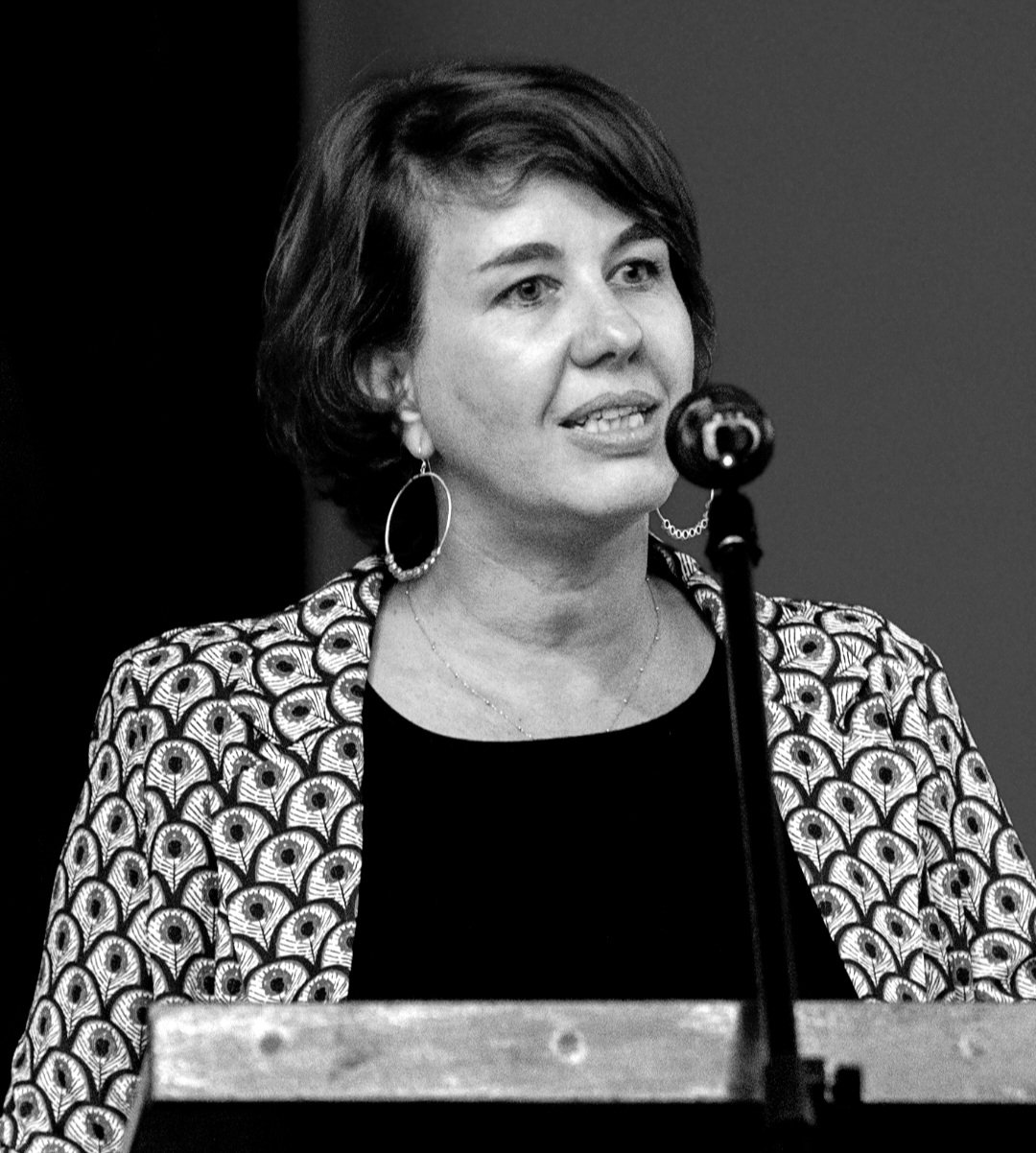 Clémence DOUMENC-AÏDARA, Desk Manager Senegal, Mali, Ivory Coast. After more than 10 years coordinating development projects for NGOs in 12 sub-Saharan African countries, Clémence decided to focus her career in 2015 on the health sector. She joined Médecins du Monde as head of mission in Côte d’Ivoire to coordinate projects for the right to health of the most vulnerable populations (young people and adolescents, women and children under 5 years of age and precarious drug users). She then joined Solthis in 2018 to manage the ATLAS project from Dakar to support the deployment of HIV self-testing in West Africa. Since 2019, she has also held the position of desk manager for Senegal, Mali and Côte d’Ivoire. 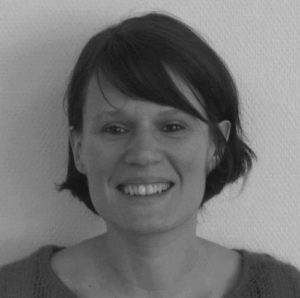 Sophie OUVRARD, Technical Department Director. Graduated in Pharmacy with a specialization in medical management at ESCP-EAP in 2002, she firstly worked in clinical development. In 2009, she joined Solthis as Phamacy Manager in Niger. In 2011, she joined the headquarters to work on pharmaceutical activities in Niger and Sierra Leone and  on projects about laboratories activities. In 2015, she became Pharmacy Manager and today, she is Director of the Technical Departement since 2020. 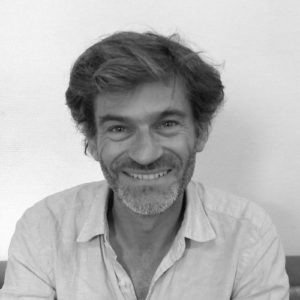 Dr Guillaume BRETON, Scientific Director.Holding a medical degree, a Diploma in Internal Medicine, in infectious diseases and a Master on communicable and tropical diseases, he was clinical fellow at the Infectious and Tropical Diseases' Department of the Bichat Hospital in Paris. Since 2004, he is a hospital consultant in the Department of Internal Medicine and Clinical Immunology at the Pitié-Salpêtrière hospital in Paris. Former member of Solthis' Board, Guillaume was particularly invested on HIV / AIDS and tuberculosis issues and has already conducted several field missions in particular in sub-Saharan Africa. He has joined us in november 2015 to develop our scientific research activity in connection with the field teams and partners. 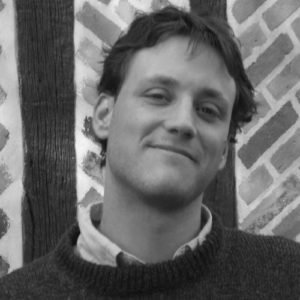 Etienne GUILLARD, Health Systems and Services Strengthening Director. After a clerkship in Pharmacy at the Pitie-Salpetriere hospital in 2000, he completed the Master in Environmental Research Health. After becoming a specialist in humanitarian pharmacy, he left in 2004 for Haiti and then Ecuador with Pharmacy and Humanitarian Aid. Two years later, his career took him to hospital pharmacy in France, where he specialized in HIV / AIDS. He joined Solthis late 2007 as a Pharmacy manager. Since 2015 he runs the Health systems and services strenghtening department. 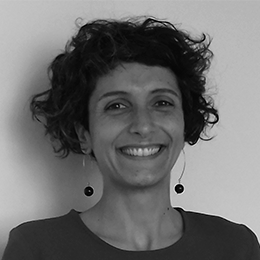 Céline BAYAC, Community Health and Gender Referent. Graduated from ISPED in Engineering of Health Actions and Health Promotion, she also holds a master’s degree in Social and Cultural Anthropology, and she's specialized in community health and local development capacity building. She worked on the associative mobilization of PLHIV in Guadeloupe, she was project coordinator and consultant of projects on specific health issues such as HIV and HVC or on global health and health promotion. She has a background in guidance and technical support for populations, institutions and healthcare and social workers. She joined Solthis in 2016. 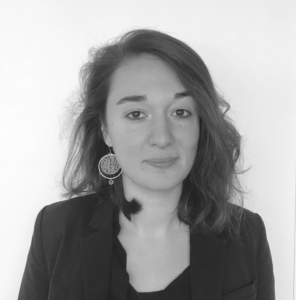 Mélanie VION, Civil Society Partnership Referent. Specialized in African studies and international cooperation at Paris I Pantheon Sorbonne and Columbia University. She has worked with Médecins du Monde and several community structures on promoting the health and rights of sex workers, as well as refugee populations. Working towards a holistic approach to health that takes into account the intersection of vulnerable situations experienced by people (health, social, legal) is at the heart of her approach. During her experiences, she was particularly involved in advocacy and advocacy against gender and status-related violence. She joined Solthis in 2018. 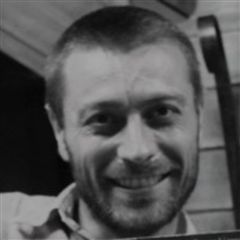 Anthony VAUTIER, Technical referent for differentiated services.Graduated from a Master’s degree in Public Health Sciences (MPH) and an inter-university degree in Applied Statistics for Clinical Research and Epidemiology, Anthony has twenty years of leadership, coordination and technical assistance in the field of public health. international cooperation with disadvantaged populations in precarious and / or marginalized situations. Ten years of more specific engagement on the issue of HIV / AIDS in Africa and Asia.He then joined Solthis from 2018 to 2022 to ensure from Dakar the technical direction of the ATLAS project in order to accompany the deployment of HIV self-testing in West Africa. Since 2022, he has held the position of technical referent for differentiated services. 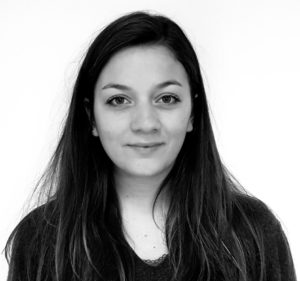 Camille ESTEVENIN, Development and Technical Assistance Officer. Graduated from Sciences-Po Strasbourg with a degree in Health Law and Policy, she also holds a Master’s degree in Public Health and Infectious Diseases. She joins Solthis as an intern in the Development Department in 2019, before taking up her position as Development and Technical Assistance Officer. Today, Camille is in charge of the development of technical assistance activities and contributes to the search for institutional funding. 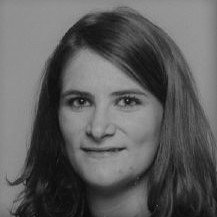 Aurélie BODET, Director of Administration and Finance. A graduate of the Ecole Supérieure de Commerce in Rouen, she was a financial auditor before becoming Financial Manager for Action Contre la Faim and the Red Cross for 6 years (Haiti, Burkina Faso, Myanmar, Ethiopia). Upon her return to Paris in 2016, she joined Solidarités International as Management Controller in support of actions in the Democratic Republic of Congo, Kenya, Somalia and South Sudan. She completed this experience by becoming Director of Administration and Finance for La Cimade, an association of active solidarity with migrants and refugees, before joining Solthis in 2021. 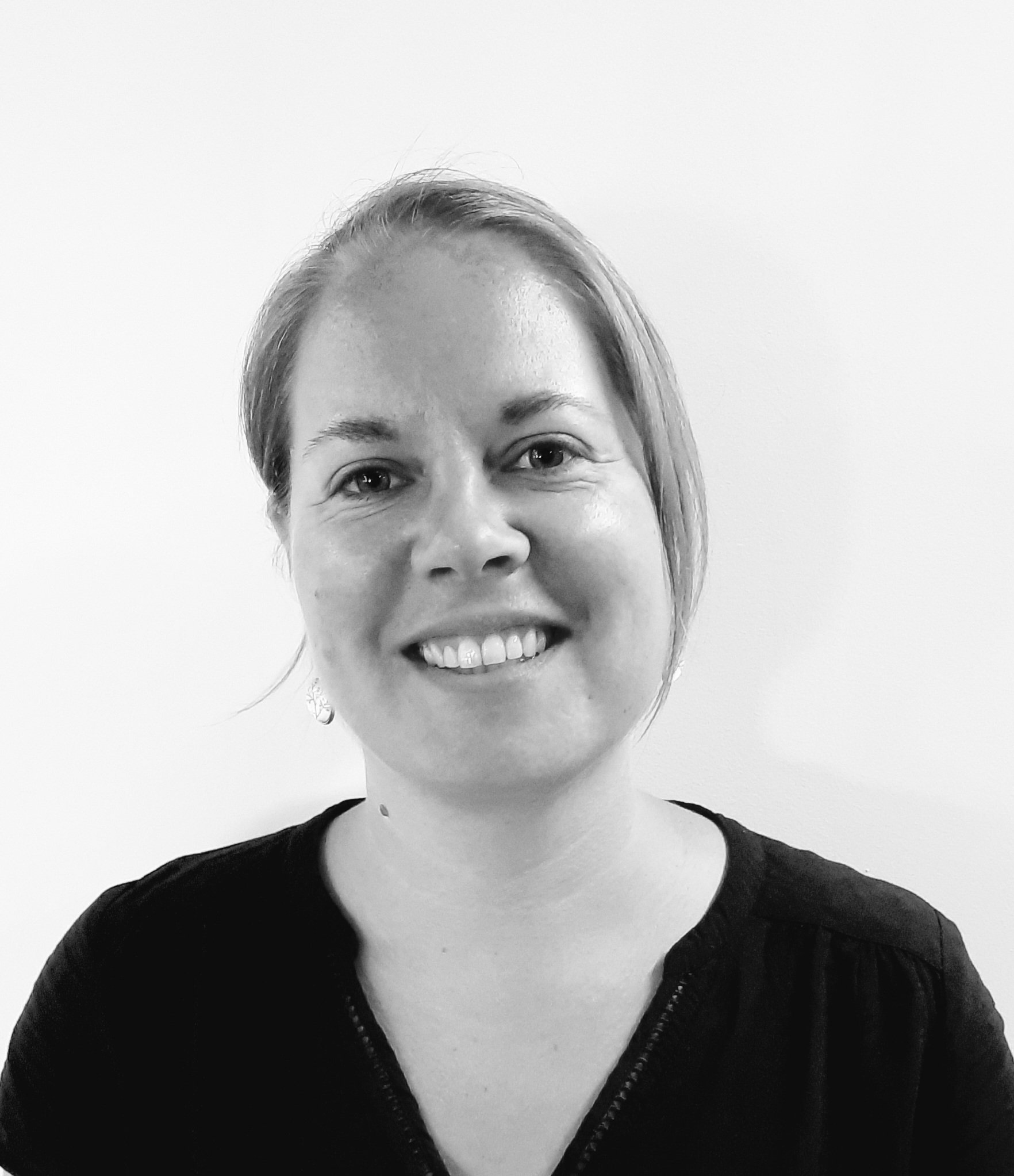 Gwenaëlle JUNG, Administrative and Financial Coordinator for Niger, Guinea and Sierra Leone. Gwenaëlle has a degree in accounting and management, an M1 in social law and an M2 in international relations/project management in NGOs. She had her first experiences as a finance and HR manager in expatriation for 6 years, in various organizations: Madagascar (Bel Avenir), Guinea (Solthis), Philippines (HI) and Myanmar (ACF). She then became a legal representative for the protection of adults, a position she held for 4 years, before returning to the field of international solidarity as an Administrative and Financial Coordinator at Solthis. 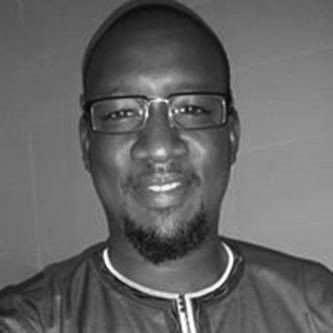 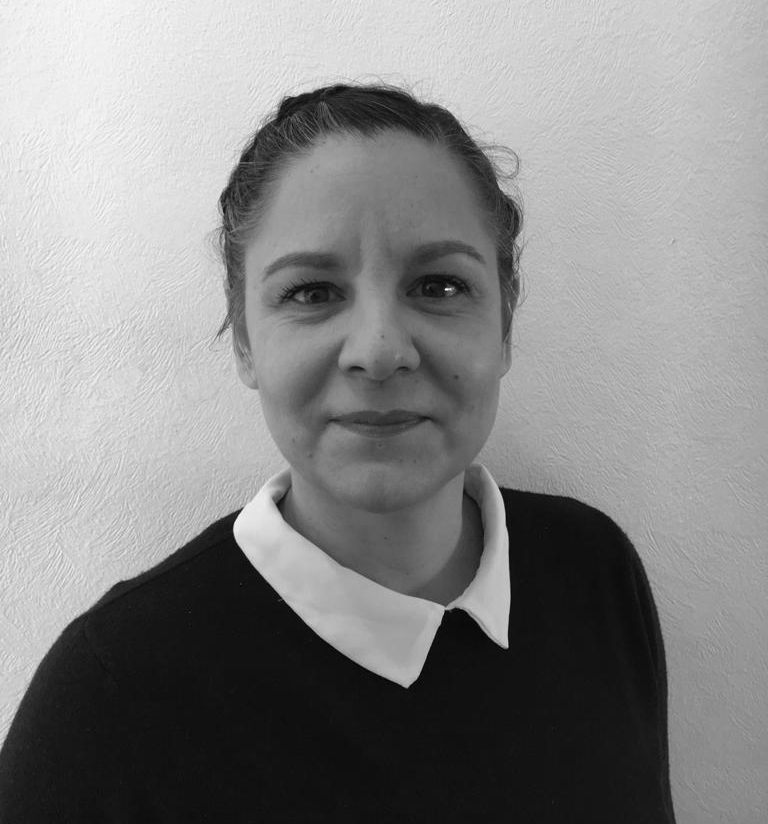 Sophie Richard, Director of Human Resources. Graduated with a Master’s degree in Administration and International Exchanges from U-PEC, specialising in Human Resources Management, she worked for 15 years with Action Contre la Faim. First in the field (Somalia, Ethiopia, Myanmar) where she developed national HR management policies, then at headquarters in support of HR managers in the field (Asia, Middle East, East Africa…) as a Referent, then Regional HR Manager. She joins Solthis as HR Director in September 2019. 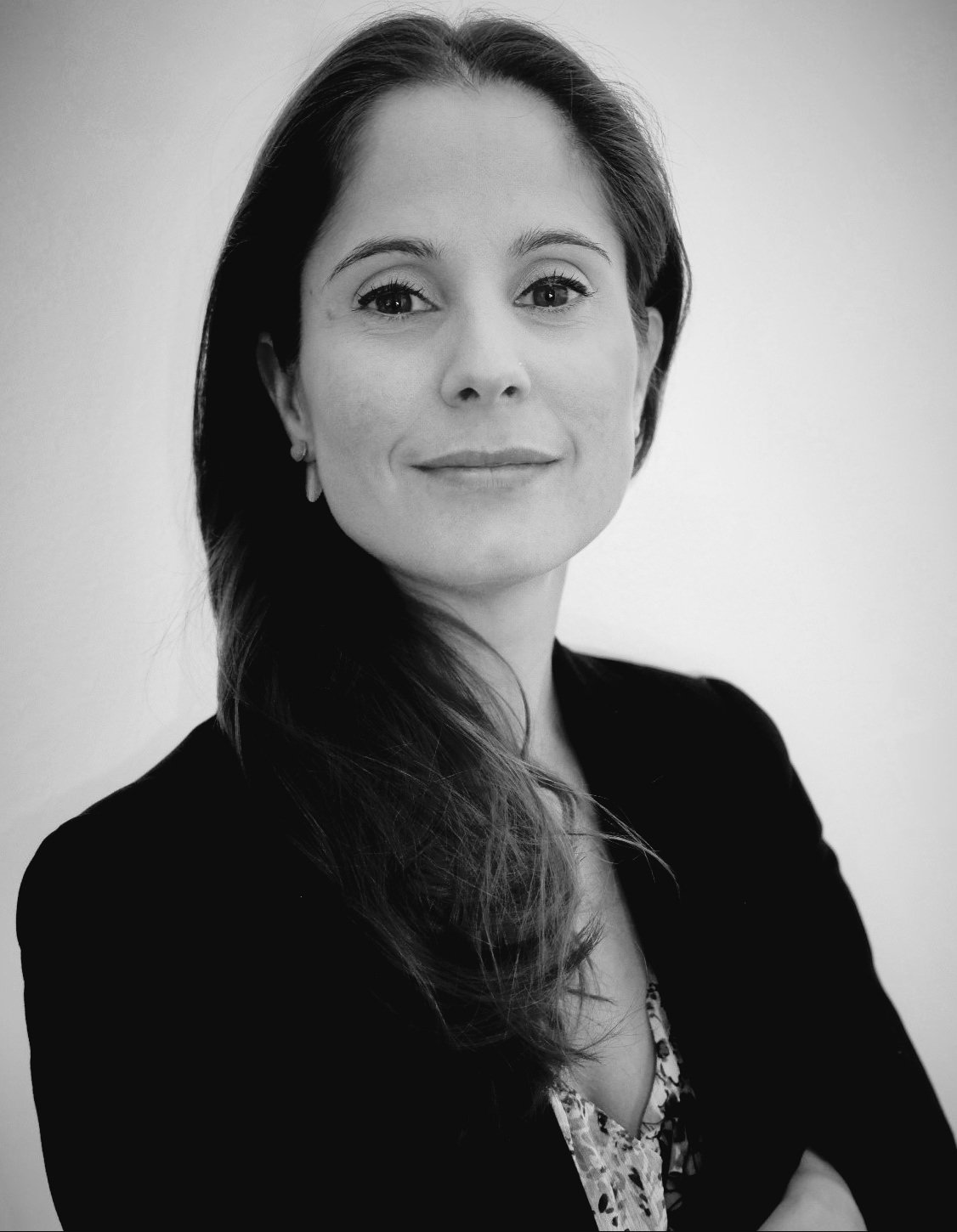 Laure BARBIER, Human Resources Manager. With a DUT in Business and Administration Management, with a major in HR, and a Bachelor’s degree in Education Sciences from U-PEC, she first worked in medical and social structures and accompanied vulnerable people for 12 years in the fields of professional integration and specialized education. In 2021, she turned to Human Resources and joined Solthis in March 2022 as Human Resources Manager. 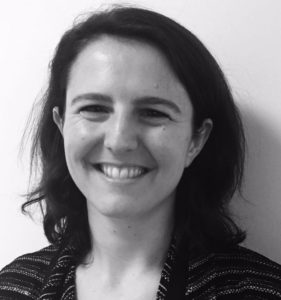 Rachel DOMENACH, Director of communications and fundraising. Graduated from Sciences Po Paris (School of Journalism), she worked in associative structures and in a communications agency where she was in charge of institutional budgets (Ministry of Finance) and then joined Alstom Group (institutional relations). This experience in both public and private sectors has then led her to work on issues of philanthropy and fundraising. She joined Solthis in January 2014 to support internal and external communications. 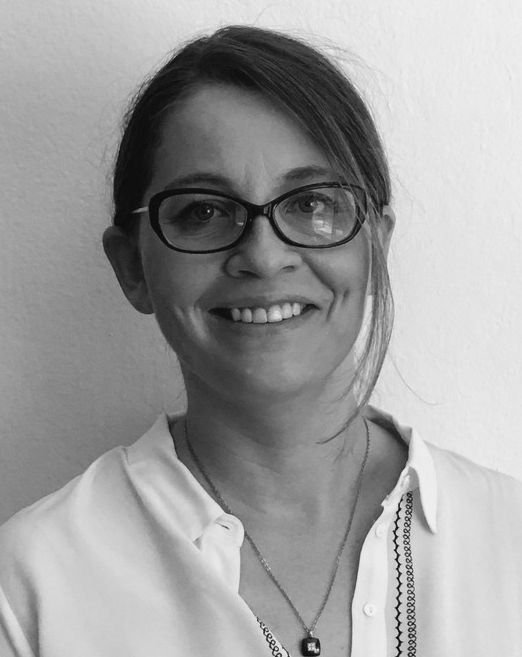 Juliette BASTIN, Communications and fundraising Manager. A graduate in information and scientific communication and technology, Juliette began her career as a journalist specializing in health and social issues, including Science and Nature within the Groupe Jeune Afrique. She then specialized in the information and communication of international organizations involved in the field of health in Africa and collaborated with the program Secure the Future, Sidaction, UNAIDS, and GAVI. After a few years in the private advertising sector, Juliette joined the ATLAS project in 2018 and is now working as Solthis’communication and fundraising manager since 2022.