Solthis was at the Salesforce World Tour held in Paris on the 8th of june at the Porte de Versailles. Louis Pizarro, our CEO, was one of the guests to the event's closing conference

Alongside the sailor, Eric Bellion and the researcher, Patrizia Paterlini-Bréchot, Louis Pizarro, intervened on the theme “modern adventures, modern values” during the round-table debate hosted by the journalist David Abiker : an occasion to explore the question of Innovation, ability to act differently and difficulties to overcome to make a difference.

Louis Pizarro intervened under Solthis partnership with the DEVENSON Group that supports us for a more effective management of our actions with the integration of Salesforce software – Salesforce Charity program, on which Louis Pizarro was also interviewed by BFM Business with Thierry Russo ,CEO of DEVENSON – Viseo Group. 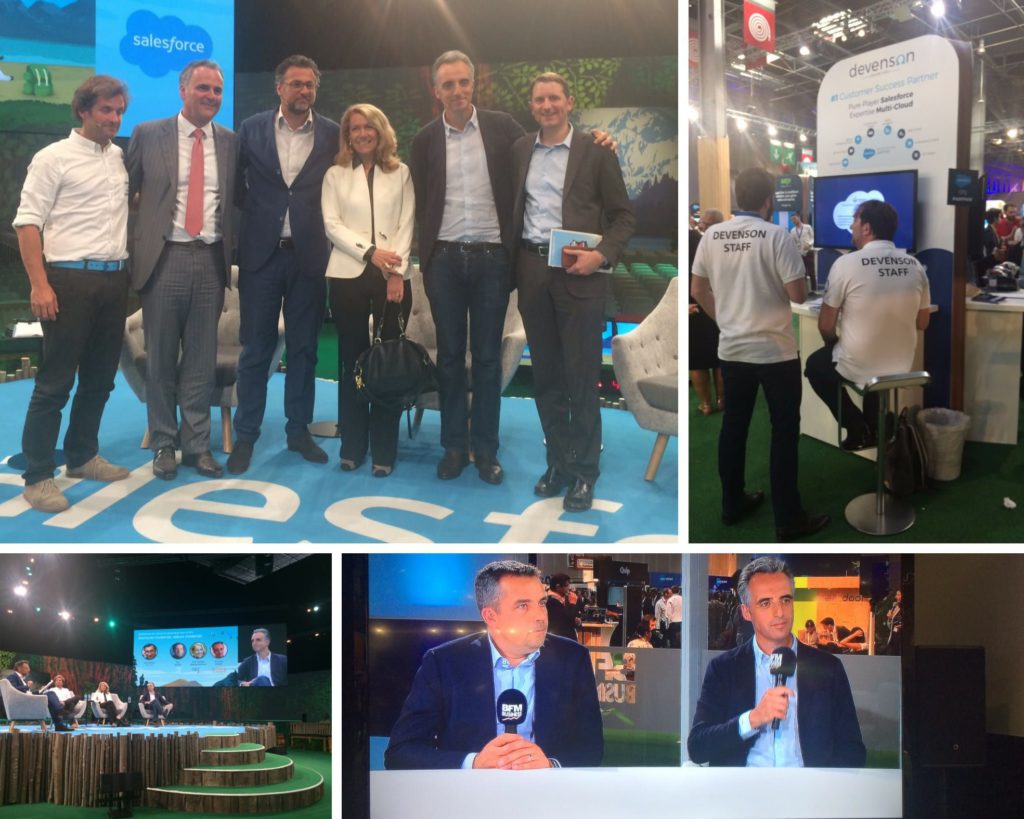