LAUNCH OF THE PARLIAMENTARY GROUP ON TUBERCULOSIS IN SIERRA LEONE 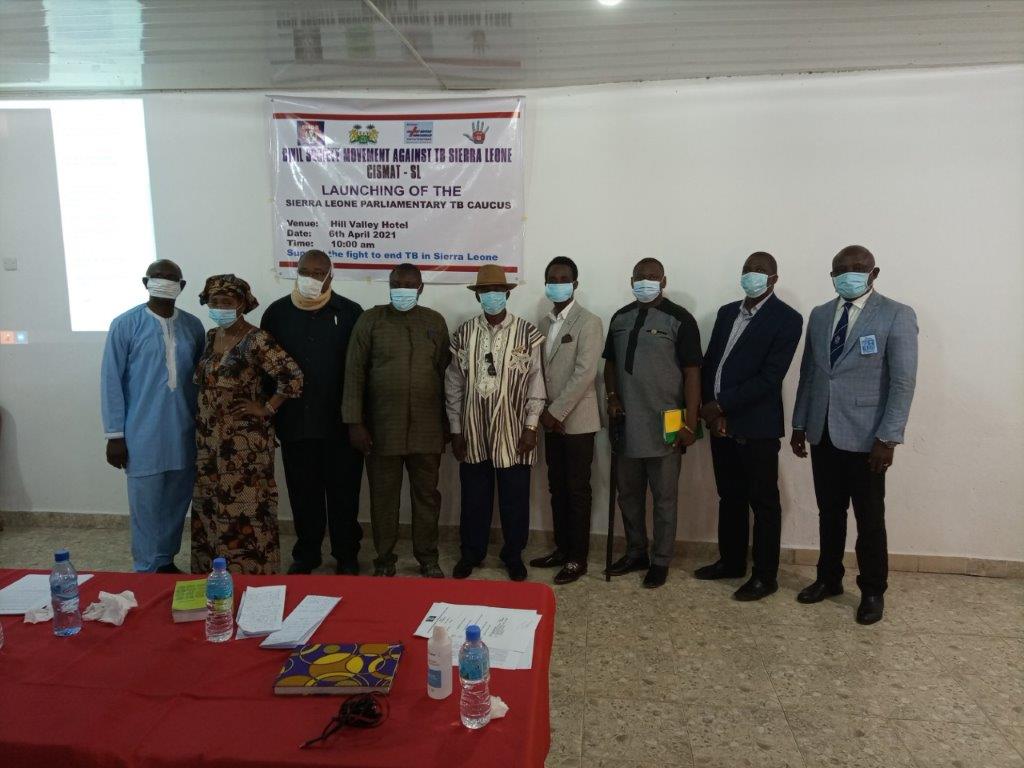 L On 6 April, Sierra Leone joined other member states of the Global TB Caucus to officially launch the “Sierra Leone Parliamentary TB Caucus” to strengthen TB control in the country.

Indeed, the year 2020 has seen Sierra Leone lose ground on its achievements in TB control, which is due to the COVID-19 pandemic. However, the country and its partners must continue to fight TB valiantly as Sierra Leone is one of the most TB-affected countries in the world: TB is the fifth leading cause of death in Sierra Leone among communicable, maternal, neonatal and nutritional diseases.

The National Leprosy and Tuberculosis Control Programme (NLCP) has done a lot to control TB and statistics show that from 2015 to 2019, case notification rates have progressively improved, follow-up losses have progressively decreased, treatment success rates have remained at an average of 88.9% and Sierra Leone has consistently identified and notified at least 10% of paediatric TB cases (WHO estimates that 10-15% of notified TB cases are children).

The parliament will play a legislative and government oversight role to initiate the creation of bold policies and an enabling environment for the control of the TB epidemic in Sierra Leone. The parliament will serve as a crucial network for the Ministry of Health and Sanitation (MoHS), the National Leprosy and Tuberculosis Control Centre (NLTCP) and other stakeholders to work together to end the TB epidemic in Sierra Leone.

” Solthis was chosen as a strategic partner for the new parliamentary caucus because since 2013, Solthis has been a valued stakeholder in the efforts to end TB in Sierra Leone. “ Dr Jacob Mugisha, project manager of TB-speed.

Since 2013, Solthis has been a trusted partner of the NLTCP in its efforts to fight TB in Sierra Leone. Solthis has contributed to the fight by providing technical expertise in the development of national documents and tools, including the 2017 National TB Treatment Guidelines, the 2021-2025 National Strategic Plan, and the 2016-2020 National Strategic Plan. Solthis also strengthened the capacity of health workers in TB diagnosis and treatment by training trainers on TB guidelines and facilitating the dissemination of these trainings throughout the country.

Solthis is currently implementing the TB-SPEED project in the Bo and Port Loko districts of Sierra Leone to improve the diagnosis of paediatric TB:

Currently, Solthis is implementing the TB-SPEED project in the districts of Bo and Port Loko to improve the diagnosis of TB in children by strengthening the capacity of health workers and laboratory facilities to diagnose paediatric TB.

More about the TB-Speed project