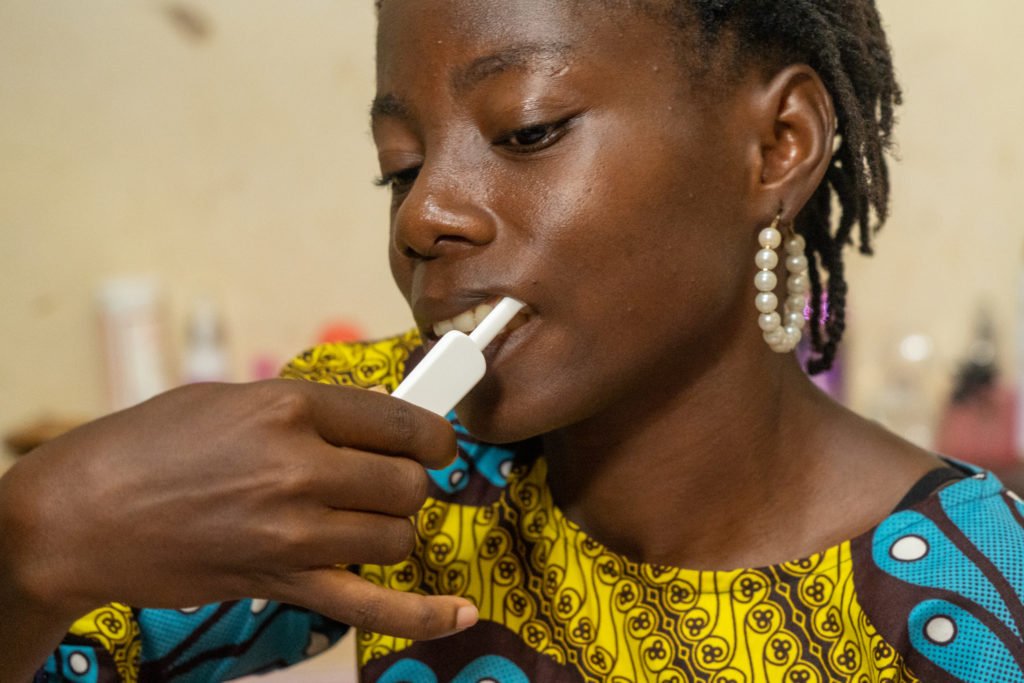 On the occasion of World AIDS Day, focus on the results and activities to promote self-testing that resulted from the ATLAS project.

The ATLAS project, implemented by Solthis and IRD from 2018 to 2022, demonstrated that an HIV self-testing strategy in the context of a low general population epidemic but concentrated in key populations was feasible, acceptable, and sustainable over the long term.

Since the end of the project in mid-2022, Solthis has continued to promote self-testing by responding to requests for technical assistance from countries where ATLAS has not been implemented. 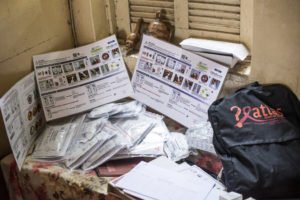 Guinea. At the initiative of the Global Fund, and with the coordination of the WHO, Solthis is accompanying the organization Plan International in a reflection aimed at introducing HIV self-testing in their integrated testing offer to reach key hidden populations. Initial support was provided to define the strategy, standards and procedures, training guidelines, planning and budget. Quantification and development of demand creation tools were also part of our interventions, based on the tool that the ATLAS project had developed with WHO, the 10 key elements for introducing and scaling up HIV self-testing.
A test phase in 4 centers, 2 community centers dedicated to key populations and 2 adapted health centers (public centers in which 3 people have been specifically trained to welcome key populations), lasting 4 to 5 months started in November, at the end of which our expert will evaluate the test phase to see how it is working and to identify possible blockages. On the basis of this evaluation, the scaling up should take place in the second half of 2023, in order to feed the writing of NFM 4.

Mauritania. At the request of UNAIDS, Solthis has helped define a pilot project for key Mauritanian populations, implemented by SOS Pairs-éducateurs. In this country where 58% of people living with HIV are unaware of their HIV status, the 7-month pilot project distributed 762 self-tests. 757 users (99%) provided feedback to SOS Pairs-Educateurs, 8.05% tested positive for HIV and 72.1% entered the care cascade. The self-testing approach is therefore improving the availability of testing in Mauritania, although cost remains an obstacle.

Sierra Leone. Following various ATLAS presentations at the ICASA conference in 2019, a situational analysis was conducted in 2020 at the request of the national program. Since then, Sierra Leone has developed a national self-testing user guide.

Burkina Faso. At the request of WHO, Solthis intervened to evaluate a test phase that the country had implemented in collaboration with WHO consultants.

Niger. Under the C19RM, two pilot projects were planned for self-testing and PrEP. Solthis was selected to accompany the associations SongES and MVS for the implementation. The elements of phase 1, planning, budgeting, and quantification have been completed and validated. Phase 2 is underway, including the development and sharing of standards and procedures. Implementation for PrEP will begin in December, and for self-testing in early 2023. Evaluation is planned for June, with the expectation that the results of these pilot projects will feed into the drafting of NFM4 notes and prepare for scale-up.

Chad. Solthis will be asked to conduct a situational analysis and feasibility study on self-testing and PrEP, and to develop guidelines, but will not be involved in implementation.

In addition to technical assistance, Solthis regularly participates in webinars and conferences to share its experience in deploying HIV self-testing strategies, particularly for key populations. The ATLAS project, and the resulting technical assistance, demonstrates the performance of the Solthis model, which aims not to substitute but to accompany its partners in acquiring expertise and designing pilot projects that can then be scaled up to national or regional levels. 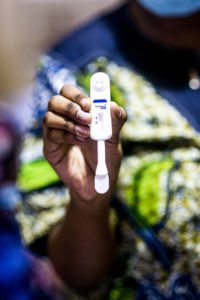 The main results of the ATLAS project

The combination of operational and research results has shown that :

– Secondary distribution, the principle by which an HIV self-test user gives a self-test to another person not reached through traditional channels, is the main innovation of the ATLAS project. This strategy has proven to be effective in reaching untested individuals beyond the key populations that are the primary targets of ATLAS, without tracking them: it therefore promotes empowerment and allows people to choose where, when, and how to get tested.
– The HIVST is a triage and referral tool, but also an awareness tool for prevention. Of those tested, 50% perceived themselves as not at risk for HIV infection.
– Of those who tested with a self-testing kit, 41% were first-time testers.
– After a positive self-test, when confirmation occurs, it is usually within a short period of time (less than a week for the majority).
– Half of the people who had a confirmatory test went to “general public” health facilities, which are more discreet than facilities dedicated to key populations.
– All of the people surveyed who were confirmed HIV-positive initiated antiretroviral treatment.

Read article published in The Conversation (in french)