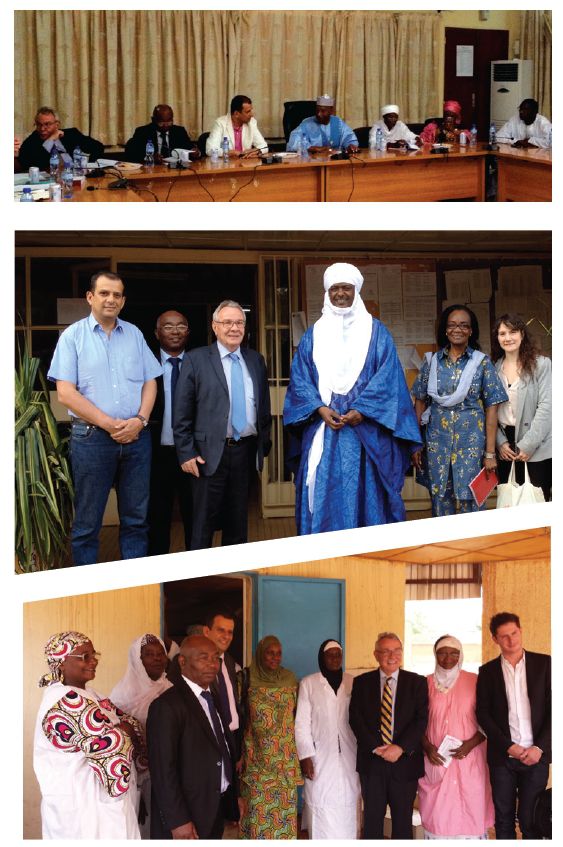 In partnership with Global Health Advocates France, Solthis co-organised a trip to Niger focused on child health to sensitise 3 French MPs (2 National Assembly delegates and 1 senator) on the progress that Ocial Development Assistance makes in terms of public health in the Global South – in light of France's current tendency of reducing its aid budget. Following the trip, an opinion piece was published in La Croix on 16/07/14 on the eve of the President's trip to Niger as a reminder of the essential role of Ocial Development Health Assistance. Entitled “Three parliamentarians take action for ODA following a mission on child health in Niger”, this opinion piece was co-signed by the three MPs, Said BOINALI, Philippe KALTENBACH and Michel TERROT.

Two short films (3 and 8 minutes) were realized during the trip in order to let the MPs and eld actors speak and to show concrete actions which were made possible by Ocial Health Assistance.

To see these two short films made during the trip (in french):