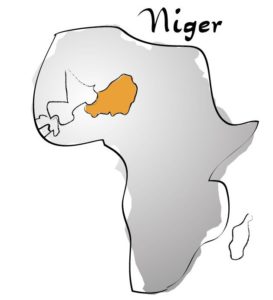 Niger has one of the highest fertility rates in the world, at more than seven children for each woman. While the health situation in terms of infant and infant-juvenile mortality has improved, there are still major challenges in sexual and reproductive health as well as maternal and neonatal mortality.

The WHO reports 850,000 cases each year since 2010. Malaria is the leading cause of death among the most fragile groups: pregnant women and children under five.

The number of cases detected in the past three years has risen by 3.7% annually while the rate of successful treatment is declining, due in particular to increasing no-shows.

Solthis has been present in Niger since 2004.

Approached by INAARV—Initiative for Access to Antiretrovirals—to help it develop HIV/AIDS treatment throughout the country, Solthis provides support for decentralization. The goal is to provide all populations, especially those living in outlying areas generally overlooked by the care circuit, with access to quality care.

2009-2010: Successful decentralization of access to treatment through regional hospitals

2010-2013: Extension of decentralization to district hospitals. Autonomy established for those involved in medical treatment.

2013: Guidance in decentralization throughout the country and introduction of tools for gathering and analyzing patient data, through the CASSIS project (capacity for access to care and the health information system).

Highlights of Solthis operations in Niger

Introduction of a health information system

Solthis is guiding national partners to integrate psychological accompaniment into treatment for HIV/AIDS, in a national context of a shortage of psychologists and psychiatrists. 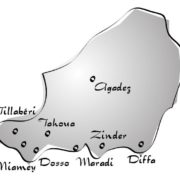 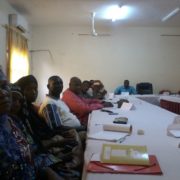 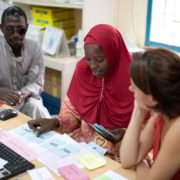 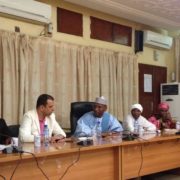 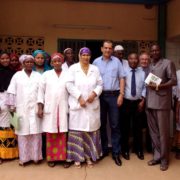 November 25th – International Day for the Elimination of Violence against Women.

NIGERSTRENGTHENING SYSTEMS AND HEALTH SERVICESImprove the health of children in Africa

NIGERSTRENGTHENING SYSTEMS AND HEALTH SERVICESImprove the health of children in Africa

Niger – Facing the challenges of the COVID-19 crisis

The voice of adolescents, a promising future for sexual and reproductive health promotion

Our actions in response to COVID-19

Niger – Youth Health: feedback on the outreach approach and messages for better sexual and reproductive health

Niger – photo exhibition : “My sexual health, My rights, My choices”

Niger : Donation of medical equipment to Niamey and Say prisons

JADES Project (Promoting the sexual health of adolescents) in Mali and Niger: feedback on sharing results and strategic planning workshops

Medical equipment for the infirmaries of the Niamey and Say prisons

Our 2015 Activity report is available in French

« Tri-ARV pursuit » : Solthis created a board game to test and consolidate knowledge of health professionals

Prevention and support for sex workers and their clients in Niger

ISANCO Project: reducing the impact of the COVID-19 epidemic on patients and healthcare workers

AIRE PROJECT in Niger : Improving the Identification of Respiratory distress in Children under 5 years

Improving health and living conditions of prisoners in Niger

Strengthen the capacity of the National AIDS and Hepatitis Control Programme (PNLSH) to manage, monitor and improve the quality of the response to HIV/AIDS in Niger

Support SongES and MVS in the development of PrEP and HIV self-testing pilot projects and strengthen their capacity to implement, monitor, evaluate and capitalize on these pilot projects (phase 1)

Technical assistance to Ministry of Health –HIV department, for training, therapeutic education and psychological and social support to patients in Niger

Technical assistance to Ministry of Health for an improved information system for logistic, procurement and supply management

THE UNION AGAINST TUBERCULOSIS AND RESPIRATORY DISEASES

Posters on our actions against COVID The Union 2022

Optimising the Efficiency of the Global Fund's Grants”

This evidence-based report is the result of a work over several months, including 4 missions (Guinea, Mali, Niger and Sierra Leone) and interviews with 140 stakeholders. Through this work, we identified bottlenecks in the implementation of the Global Fund's grants in the field, showing that the Global Fund's Risk Management Policy is not well-adapted to fragile states. The additional safeguard measures which have been put in place by the Secretariat after the investigations of the Office of the Inspector General were meant to mitigate the financial risks and to reassure donors. However, experiences in challenging operating environments clearly show that these measures are mainly focused on financial risks and have caused significant malfunctions that jeopardise both the impact and the sustainability of the programmes. In order to make progress and to cope with the challenges specific to fragile states, we think it is now time for the Board members and the donors of the Global Fund to opt for an ambitious and innovative policy, which would put financial risk at its proper place: behind risks to public health. The main recommendations we are addressing in the report aim to place the public health risk at the centre of the mechanism, by: Full version of the report in English here You can also read our 4-pages booklet here The article of Altermondes dedicated to this topic and the interview of the author Hélène Roger  Download resources

Study of the treatment costs of HIV/AIDS patients in Niger

HIV prevalence and impact on renutrition in children hospitalised for severe malnutrition in Niger : an argument for more systematic screening

On the occasion of its General Assembly, Solthis held Wednesday, July 6 at the Pitié-Salpêtrière, the 4th day meeting. Teams Solthis and partners in the field were present, especially from Mali, Guinea, Niger and Haiti. The presentations are available below on this page.
HIV testing: a challenge?

At the "Test and Treat", screening is an important theme in African contexts, as in Western countries. Also, the first workshop of the Scientific Day Solthis it was dedicated, moderated by Dr. M. Ide (Niger) and Dr. R. Tubiana (Paris). In his introduction, Dr. F. Huber (Solthis) presented the technical aspects of "rapid tests" raising the question of the limits of these tests, and the problem of lack of due process and the frequent inability to meet the temperature conditions recommended by the suppliers. This presentation was followed by a review of different screening strategies and the historical evolution of paradigms: the screening called "voluntary" to "provider-initiated testing for carers" as advocated by WHO and the various authorities health. Aspects of "cost effectiveness" of screening were then analyzed by Prof. Y. Yazdanpanah (Tourcoing). Dr. F. Lamontagne (Solthis Guinea) and Prof. M. Cisse (Guinea) have supported these statements by the West African experiences Solthis on screening in the care environment "opt out". If this type of screening "at the initiative of the caregiver" has made great advances in PMTCT or in tuberculosis centers, much remains to be done in other departments of medicine, where a high proportion of patients is not detected, not supported. Mobilization on this issue is more strategic than ever.
ARV supply and Stock-outs

Despite the investment of Solthis on supply issues (ARV, all health products ...), stock-outs, especially for ARVs, are still common in the field and directly threaten the health of patients. The session dedicated to these issues was conducted by two doctors Dr. B. Diallo (Mali) and Dr. PM Girard (Paris). E. Guillard (Solthis Pharmacy Manager) said the overall functioning of the supply before presenting the main causes that lead to situations of stockouts. The threat of disruption of Guinea in February 2011 was taken as an example to highlight the failures at different levels of decision making. Teams in the field of pharmacy Solthis and their partners then described their daily actions, emphasizing the mode of intervention or Solthis tools developed together, such as coordinating groups and committees for monitoring supplies, tables edge compilation, analysis, alerting, quantification tools ... Finally, J. Langlois (Sidaction) and F. Foguito (TAW), representing civil society, concluded the session by the role of associations to fight against breakage, and more widely to improve the quality of care.
News in virology
Prof. V. Calvez (Pitié-Salpêtrière, Paris) presented the situation of primary resistance throughout the world, before recalling the consequences attributable to virological choice of first-line treatments. He raised the problem of low genetic barrier of molecules commonly used in countries with limited resources (especially NNRTIs), especially when access to viral load is small or nonexistent.
News in virology - Prof. V. Calvez
Maintaining in the circuit of care
This session, moderated by Prof. M. Cisse (Guinea) and Dr. G. Breton (Paris), addressed the issue of retention of patient care in the circuit, through various initiatives. After a general introduction of G. Lurton (Solthis), Dr. M. Ide (National Hospital of Niamey) lamented the difficulties of long-term monitoring of HIV patients in Niger, based on the experiences of ambulatory treatment center and day hospital in Niamey. The experience of Medecins du Monde, supporting marginalized populations in integrated centers in Asia, was reported by Dr. N. Luhman. Finally, Dr. Claude Pean, Haitian Institute Pereo Fame, introduced the operation of the center of Port-au-Prince, who has built an international program based on improving the encrypted performance.

Encourage appropriate use of pediatric antiretrovirals with a demonstration kit in pharmacies results 18 months after kit was made available in 2 HIV/AIDS pediatric treatment centers in Niamey, Niger
Author(s) : S. Ouvrard, I. Also Mariama, O. Zalika, E. Guillard
Download the poster

The Scientific Days, organized by the ULSS and CMT, in partnership with Solthis and GIP Esther, took place on 2 and 3 October 2009 in Niamey in the presence of Professor Katlama (Solthis President), Prof. Brucker (Treasurer Solthis and CEO of Esther) but also of Dr Kassi (Ivory Coast) and Professor Toure (Senegal). More than 250 physicians, health professionals, representatives of the fight against HIV, tuberculosis in Niger attended these days. Many topics on Chess therapeutic Opportunistic Infections, PMTCT, Accidents of exposure to blood and the delegation of tasks were discussed.