Most significant changes of the Empower II project in Sierra Leone 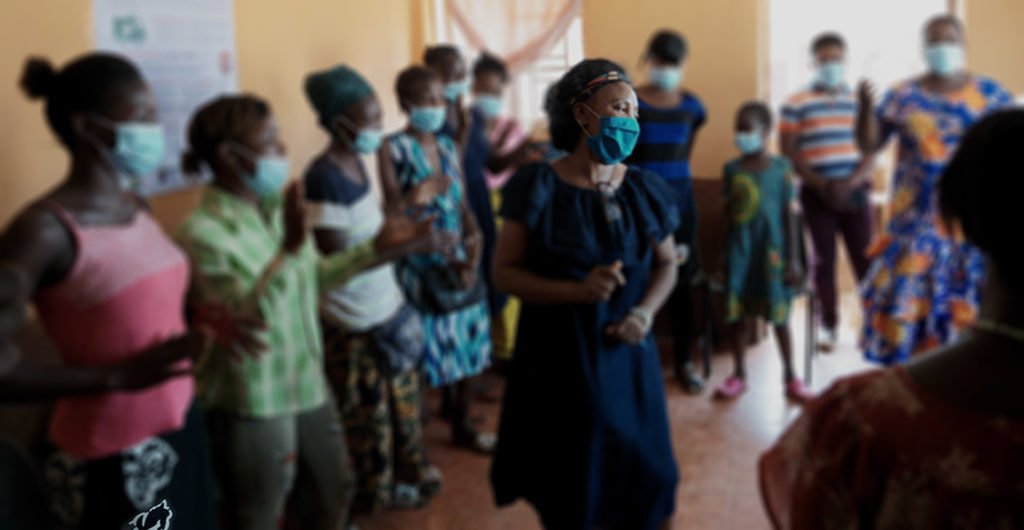 The project “Empowerment of users for improved quality treatment of HIV care in Sierra Leone”, also called the Empower Project, kicked off in early 2016 with the financial support of the French Developement Agency (AFD), the Sierra Leone Health Ministry, the Paris City Council, foundations and private donators. Its 1st phase allowed Solthis to bring together Patients and Health Care Workers to engage in a constructive dialogue and capacity building process, which has resulted in breaking the primary barriers in the way to end HIV in Sierra Leone.

The 2nd phase of the Empower project, called Empower II, aims to improve the quality of care through an approach focused on the needs of people living with HIV in three districts of Sierra Leone. During this second phase, the project is expanding the number of health structures and support groups with which it operates.

In the latest evaluation report launched to investigate the most significant changes brought on by the project, people involved in the implementation give us their testimonies on the impact of the project on their lives and work. These testimonies come from both health workers and project beneficiaries, which sometimes overlap, underlining the importance of strengthening civil society and the participation of people living with HIV in their own health and well-being.

NB : Some of the names and personal details in these testimonies have been edited to protect the person's identity.

Through my role as a support group leader, I have been able to bring openness to my support group, my family members and friends.

I started working with the Empower II project to implement the patient support group activities. My contribution was not significant at the beginning, as I did not know how to organise meetings and set up the agenda for the support group.

Since, thanks to trainings on leadership management, stigma and discrimination, I learnt how to manage and work with a group, interact within the support group, and be more open towards other members. I was also able to disclose my status to my children and they accepted it, my children are now my “treatment supporters”. 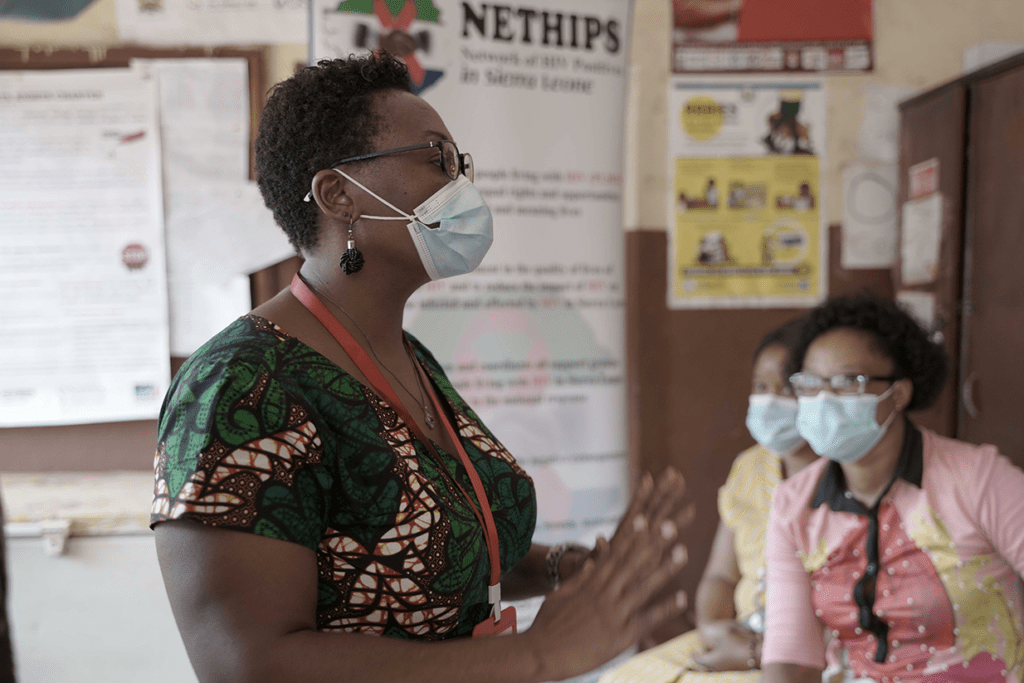 I have helped manage and assist many children's lives with the support of their parents, ensuring that they bring their child for regular treatment and compliance.

I have had so many trainings organised by Solthis, but the most significant training that has impacted my work is the treatment and management of paediatric HIV, which deals with knowledge and skills needed in the management of children with HIV. The training from the Empower II project has improved my abilities and expertise, and I have helped manage and assist many children's lives with the support of their parents, ensuring that they bring their child for regular treatment and compliance.

One day, a women died in my presence and left 3 children. One of the children was tested positive for HIV and was very sick. At first, her family refused to accept the children, but through my regular counselling and follow-up, I was able to talk to the family to take all the children, including the sick one, and in the end they accepted. I also encouraged the family to come with the child living with HIV when he is sick. The family is happy now, they give me regular updates, the child is now doing well in school and is in good health.  I also provide treatment, care and support for other orphans, who are doing well. I love and enjoy my jobs, some people think I am a person living with HIV because of it, but I don't mind them.

Thanks to the trainings, I am now helping to go in search of defaulters –  patients with a positive status that refuse to come or take their medications because of stigma from community members.

Since I was diagnosed with HIV, I have kept it as a secret from my family members and close neighbours with the exception of two of my children who also tested positive. When I was initially diagnosed, I was encouraged and counselled by the doctors to come for my regular treatments. When I started taking my treatment, I used to have some side effects, like having sleepless nights. But with the new medication that I am receiving, I feel more relaxed now and it has improved my health a lot. You can tell from my looks which have improved.

Thanks to trainings, I am now helping to go in search of defaulters – patients with a positive status that refuse to come or take their medications because of stigma from community members. We go in search of them to encourage them to come for treatment.  I have the telephone numbers of some of them, and others I know their house address and their medical card is with me, so I know when it is time for them to receive another batch of treatment.

The most significant change we have experienced in Empower II project is that we are becoming a modern, up to date, empowered organisation.

Before we had the ability, but we were slow and not too efficient. Change is very difficult, but we feel very grateful because a lot has improved, like the current board which meets regularly. Since Empower I they have become experienced people with a proven track record, who understand our mandate.

The Empower II project gave us the opportunity to self-assess ourselves as an organisation – what is it that we have said we want to do and the type of organisation we envisioned when we complete it. We were supported to come up with an action plan and that actually helped to unfold a lot of things – so one significant change that Empower II brought is the road map and action plan we now have, and we are implementing the recommendations.

We have assigned ourselves the responsibility to review our organisational chart, so that is one of the significant changes that we can do. Before the capacity assessment we did not have a communication plan, so a training has been done for key staff and the plan is under development with a partner. We also have management knowledge now, before we did not have a system where we stored data and information for the organisation – we were storing on flash drives but a consultant is now helping us – they spoke with the regional offices in order to have a common file-sharing system such as SharePoint, so all of this happened as a result of the capacity assessment. So, I would say that the most significant change we have experienced in Empower II project is that we are becoming a modern, up to date, empowered organisation.

I have broken-through the stigma and discrimination I carried with me and I have been able to use the skills I have gained to positively impact other HIV positives in my support group.

In 2018, I attended a training organised by Solthis with the Empower II Project on “Data Management and Stigma Reduction”. Before I was recoding data and filing my documents in a disorganised way. Since the training in 2018, I have been empowered with the skills of data collection and report writing. The Empower project has capacitated me in file management, report writing, attendance and data collection. I was able to process data for my group members by name, sex and age.

I have broken-through the stigma and discrimination I carried with me and I have been able to use the skills I have gained to positively impact other HIV positives in my support group.  One practical example was with one of the support group members, she was shy and unable to express herself in the group. Through my mentoring and support, she had the opportunity to attend meetings and workshops which improved her efficacy and self-confidence, and now she is engaged in giving HIV-messages to the community and the group. She is also involved in taking people for testing and follow-up for defaulters.

The major issue in my community is stigma and discrimination, and I am concerned about the enforcement of the Law on Stigma and Discrimination. We are suggesting Legal Aid Board, the police and government bodies to enforce the law on discrimination against people living with HIV/AIDS.

Find out more about the EMPOWER II project.