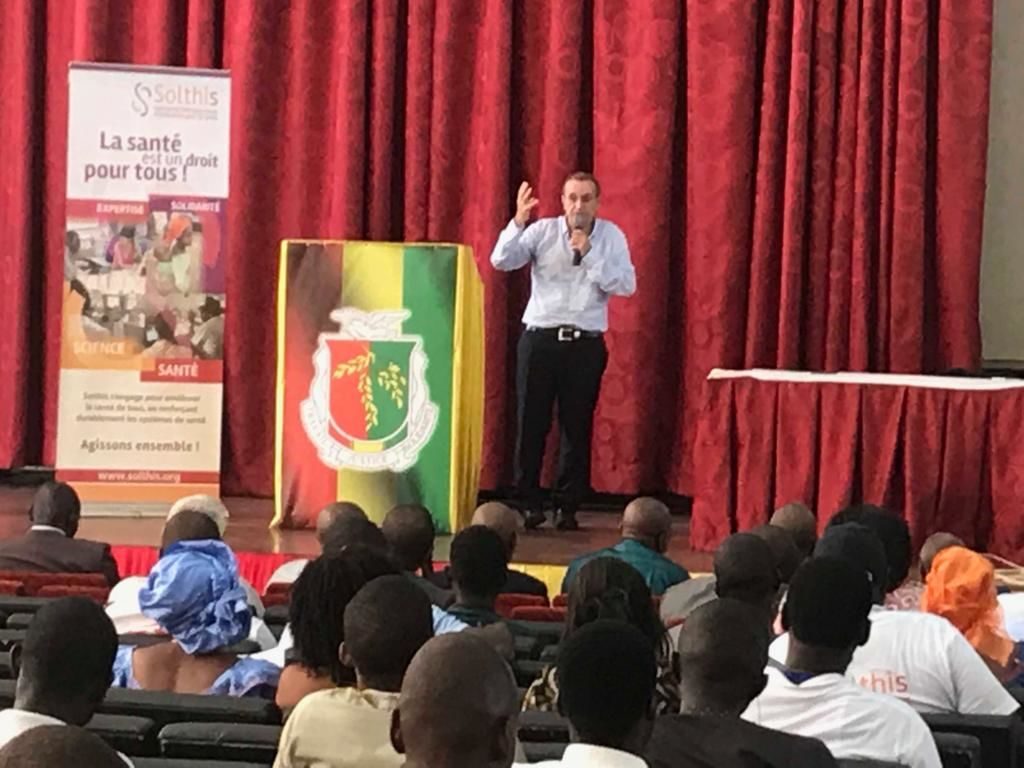 Since 2008, Solthis has been working with the Guinean Government, the Ministry of Health, hospitals, health centers, laboratories and communities to fight HIV, improve the quality of medical care and the rights of people living with HIV. A collaboration that has always been based on strengthening the entire health system under a Solthis key principle of intervention “Act without substituting” as highlighted by Solthis partners interviewed on the impact of Solthis projects over these 10 years in Guinea:

“The collaboration of our center with Solthis has been a driving force for change in the prevention and care of people living with HIV. Today, this collaboration aloowed our center to be more perfomant and the most requested in the region, managing more than 1,200 patients. Dr. Bari, former Director General of the Boké Region Hospital, Guinea.

“Solthis’ intervention approach is interesting: it is do but do not substitute. […] Today there is a real appropriation of the work that has been done by Solthis. Mouslihou Diallo, pharmacist at the national AIDS program, former Solthis member, Conakry, Guinea.

To celebrate its 10th anniversary in Guinea, Solthis organized a conference on November 29th at Gamal Abdel Nasser University in Conakry to discuss the current issues of prevention and medical management of HIV in Guinea with a focus on: Prevention of HIV transmission from mother to child with the ANRS12344-DIavina project and the management of virological failure in people living with HIV with the OPP-ERA project. A conference reflecting the World AIDS Day  2018′ s theme “Know your status” and the launch in Guinea of ​​the National HIV Screening Campaign for children born of HIV-positive mothers and viral load testing for PLHIV on ARV treatment.

“Know your HIV status”: Organized one day before the World AIDS Day, this theme echoed with this year’ World AIDS Day “Know Your Status”. As Dr. Rolland Tubiana, president of Solthis,  put it forward : “today treatments exist but it is impossible to access them without knowing its HIV status”. Indeed, 1 in 3 infants infected during the peri-natal period die during the first year of life for example, mainly at the age of 2-3 months  without early diagnosis of HIV and treatment. 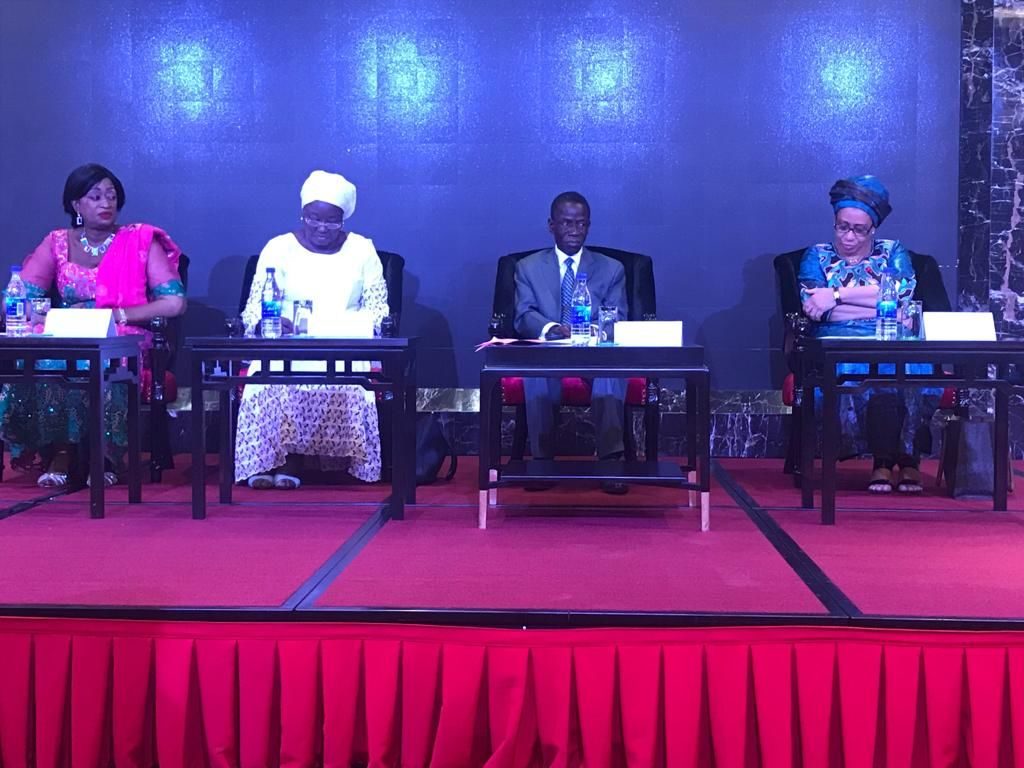 December 6, 2018, Photo of the Launching of the Guinean national campaign for HIV testing in children born from HIV-positive mothers and for viral load testing in people living with HIV on ARV treatment.