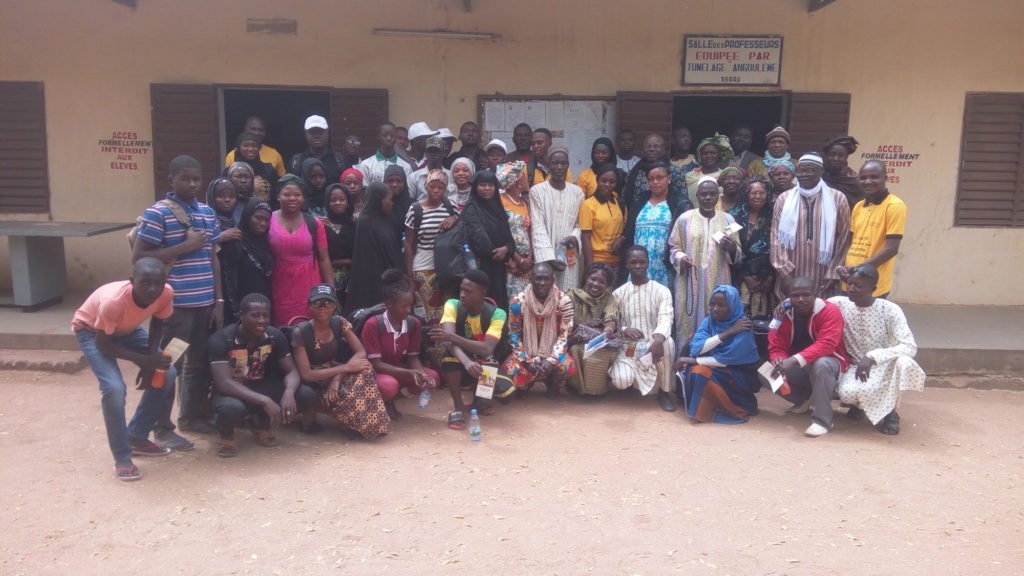 As part of the project JADES, peer educators from Niger visited their counterpart in Mali to exchange experience from their daily awareness activities.

Raise awareness and encourage voluntary HIV testing among young people
The visit was also an opportunity to participate in other activities led by the malian peer-educators including the animation of educational talks in Bamako and mass awareness campaign by means of a film session debate “Tiger and Tigress”, during from which voluntary HIV testing was proposed to young people.

Ségou: debate on parent-child dialogue on sexual and reproductive health (SRH)
The delegation form Niger and a few PEs from Bamako also paid a visit to their counterparts in Ségou,  the second intervention region of the JADES project in Mali. During the visit , young PEs were able to participate in a school debate held at CABRAL High School on “the importance of parent-child dialogue on SRH”. The debate brought together parents, school administrators, teachers as well as young people. The visit in Ségou was also an opportunity to attend a working session and participate in an educational talk given by other peer-educators (from SR / NTIC Club) also trained by the JADES project.