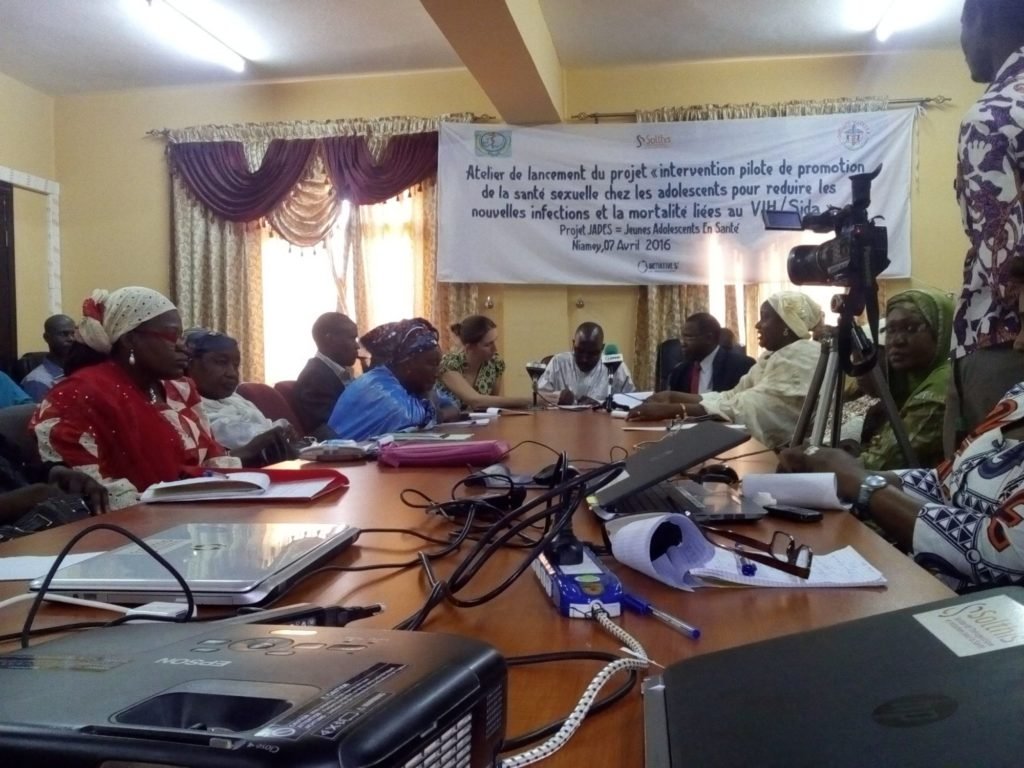 At the start of Jades project (Young and teenagers in health) in Niger, a launching workshop took place on April 7th at the Ministry of Health in Niamey in the presence of the Nigerien health authorities.

The workshop was chaired by the Director-General for Health and Reproduction, and presented by the Deputy Secretary General of the Ministry of Health. It illustrated the multidisciplinary approach of this project and allow to increase awareness amongst partners and donors on HIV screening for young people and the issue of care management for HIV-positive teenagers.

This project is the first one for Solthis dealing with the health of young people and teenage girls in Mali and Niger, led in partnership with the NGO Equilibres & populations, financed by the French Initiative 5%*. This pilot intervention aims to promote sexual health for teenagers, to reduce new infections and mortality related to HIV/AIDS through preventive actions, training, mentoring and awareness campaign. The goal is also to increase awareness amongst young people so that they can play an active role in their own health and safety, especially on prevention of teenage pregnancy and sexually transmitted infections.

*The Initiative 5% is financed by the French Ministry of Foreign Affairs and International Development and led by Expertise France.