Acting for pregnant HIV-infected women whose HIV status was not screened during the pregnancy period ; enhancing newborns' preventive treatment and screening at birth to increase their chances of survival. 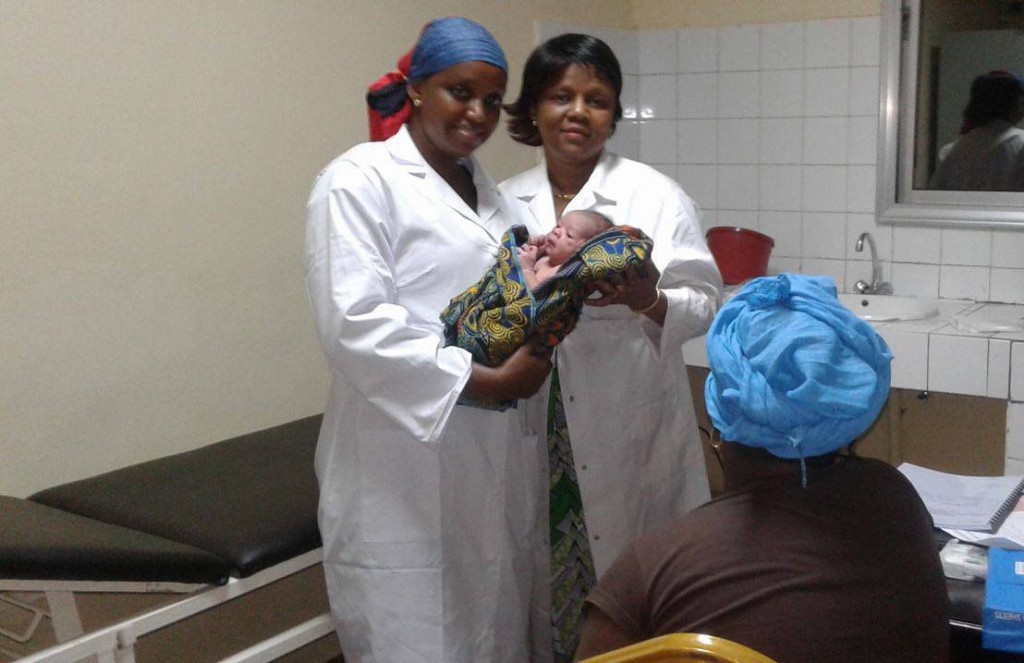 On Tuesday, February 22th , 2017, in Ignace Deen UHC pediatric department  in Conakry, the first cohort study  of the project ANRS 12344- DIAVINA has been launched, including mothers whose HIV infection was  not diagnosed  until childbirth and their newborns.   Mothers were immediately diagnosed and treated in the first time; In the second time, newborns benefited an immediate HIV testing and an enhanced preventive treatment (from birth), which will be administered for 12 weeks. Mothers and their children  will be monitored for 72 weeks, with regular support to help them take their treatments properly  with regular screenings for children.

More than 90% of HIV-infected children worldwide live in sub-Saharan Africa and have been infected with materno-fetal transmission. Despite progress, it is estimated that 1/3 of HIV-positive pregnant women in sub-Saharan Africa do not receive antiretroviral therapy during pregnancy, which dramatically increases the risk of maternal-fetal transmission.

Many advances have been made in Guinea by national actors with support of Solthis to screen and treat pregnant women as early as possible during their pregnancy.

Carried out together with  national actors and  laboratories of the OPP-ERA project in Conakry (where the screenings are carried out), the project ANRS 12344-Diavina, co-financed by the City  of Paris, comes in addition to actions already in place in order to  respond to  the specific issue of pregnant women who have not received antiretroviral treatment during pregnancy.


The project aims to demonstrate the operationality of a new strategy combining enhanced antiretroviral prophylaxis to reduce the rate of HIV transmission and early detection of HIV infection for newborns at high risk of infection. The screening allows immediate initiation of antiretroviral therapy in the case of positive serology, thereby enhancing the chances of survival of infected infants.

Read our scientific letter dedicated to the project

Find more about the project OPP-ERRA