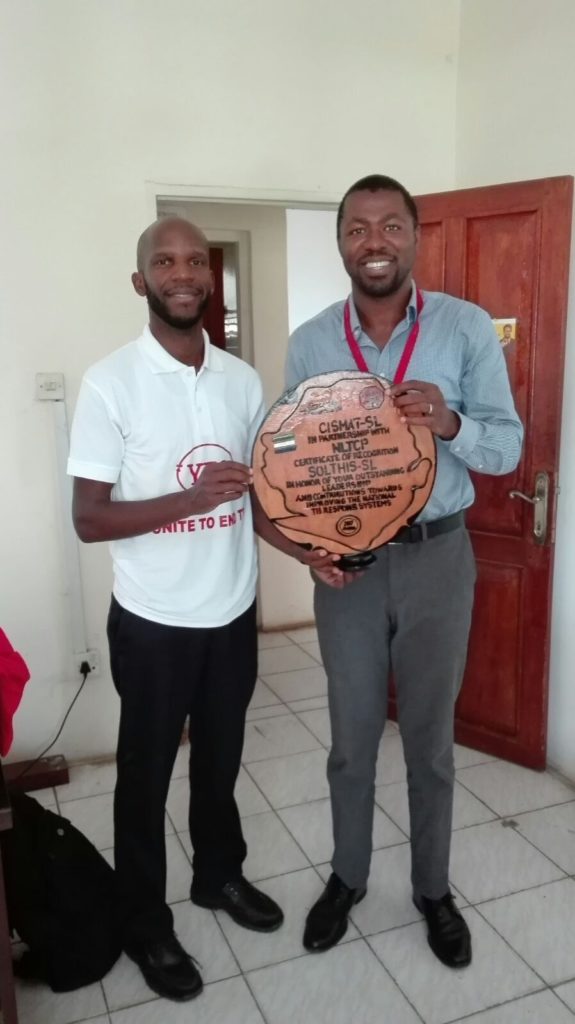 On Monday 27th of March, Solthis Sierra Leone participated in the 2017 TB Advocacy Dialogue Forum organized by the National TB/Leprosy Program of the Ministry of Health and Sanitation (NTLP-MOHS) under the theme “Unite to End TB, Leave No One Behind”. The event gathered all the stakeholders involved in the TB response in Sierra Leone to present the main achievements of the NTLP, the challenges and future developments for 2017.

For this occasion, Solthis presented a poster showcasing its interventions and its results in improving the linkage between TB & HIV clinics under the Empower Project.

As recognition of its contribution to efforts towards TB control in Sierra Leone over the past year, Solthis also received an inaugural award from CISMAT ( Civil Society Movement Against Tuberculosis) and the National TB/Leprosy Program. Solthis was particularly appreciated and  recognized for its participation in national TB/HIV collaboration activities, and for providing capacity building for health workers through basic TB (including childhood TB) training and onsite support.