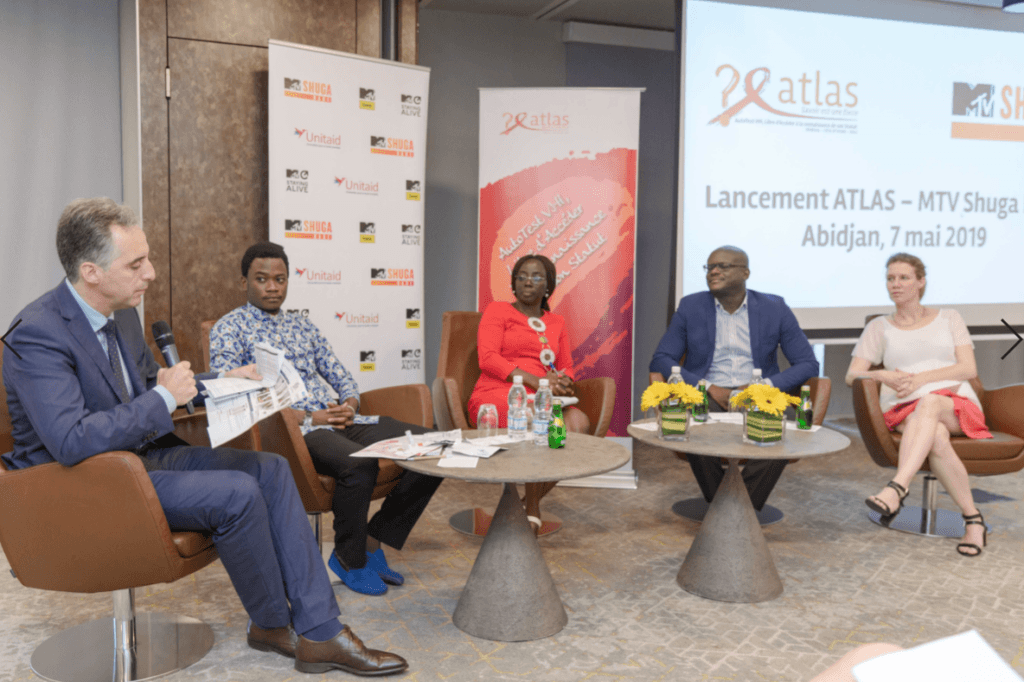 Supported and funded by Unitaid, the ATLAS and MTV Shuga: Babi projects officially launched today in Abidjan. MTV Shuga: Babi is a TV show and multimedia campaign aimed at raising awareness of HIV/AIDS among young people in French-speaking Africa. The ATLAS project will provide HIV self-testing kits in Ivory Coast.

ATLAS and MTV Shuga Babi are both supported by Unitaid and are two complementary projects in the fight against HIV/AIDS, with a particular focus on West and Central Africa.

The event was attended by the Deputy Director General of Health and Public Hygiene, in charge of the Health System, representing the Minister of Health and Public Hygiene; Dr Jean Anouan N’Guessan, and the French Regional Advisor for Global Health, Saran Branchi Fadiga, representing His Excellency the Ambassador of France in Côte d’Ivoire, Mr. Gilles Huberson; the Deputy Executive Director of Unitaid, Dr. Philippe Duneton; the Deputy Executive Director of the MTV Staying Alive Foundation, Ms. Sara Piot, and the Director General of Solthis, Dr. Louis Pizarro.

Knowing his/her own HIV status: a crucial step to end the epidemic

The ATLAS project will provide more than 500,000 HIV self-test kits, including more than 300,000 in Côte d’Ivoire, over a period of 3 years and a half. The ATLAS project is being jointly implemented in 3 countries : Côte d’ivoire, Mali and Senegal  by Solthis “Th and the “Institute of Research for Development” (IRD). 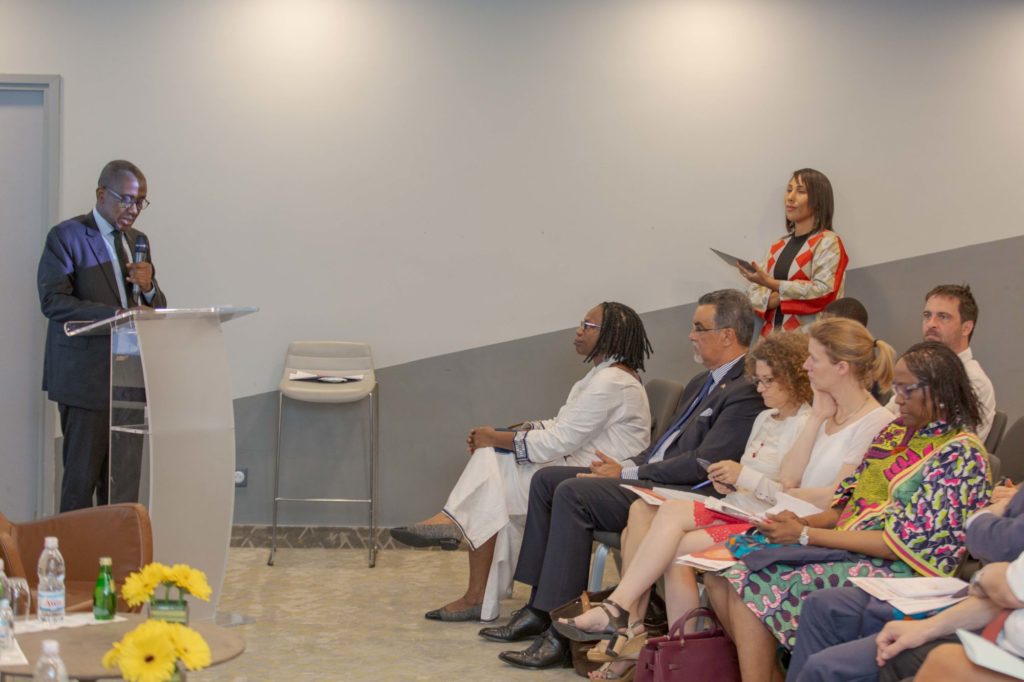 The project targets at-risk populations, including sex workers and their clients, men who have sex with men, drug users and patients with sexually transmitted diseases. This project brings together IRD, which will lead research and evaluation activities, and PACCI, the London School of Hygiene and Tropical Medicine and The Imperial College London. Five studies will be conducted to document the impact of HIV self-testing as a complementary testing strategy, and to determine the most cost-effective distribution models. The ATLAS project will create the foundation for a large-scale deployment of its screening strategy by governments, with the support of partner institutions, associations and research organizations.

Prevention, an essential approach to contain the epidemic spillover

MTV Shuga is a popular TV show about the life of young people living in Africa. Seven seasons have already been broadcast and reached 720 million people. The series tells powerful stories with sexual health messages to influence viewers’ attitudes and behaviours. An independent study conducted in Nigeria by the World Bank showed that MTV Shuga has the power to influence behaviour: people who watched the tv show at community screenings was almost twice as likely to go to the centers and get tested for HIV after six months of watching the show.

MTV Shuga: Babi is the first series version adapted to the audience of French-speaking Africa. The campaign will also include a radio series, digital and social media content and local events. The first season will be broadcast in the last quarter of 2019 and will present basic knowledge about HIV, including condom use, sex work and discriminations against people living with HIV in Côte d’Ivoire. The London School of Hygiene and Tropical Medicine will evaluate the campaign.