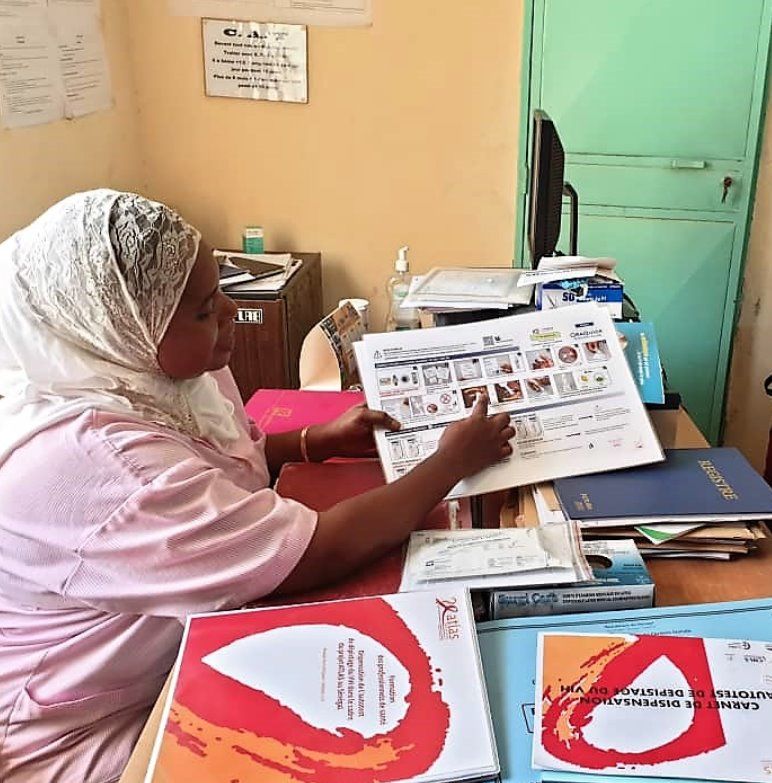 Various channels to facilitate access to the self-test kits

The ATLAS Project offers various distribution channels of the self-test kits, adapted to key populations targeted by the project. People can access the self-test in health centres and through community networks, either for themselves or to distribute them to their peers, partners or clients. Support for the use,  interpretation of the self-testing results, prevention measures and treatments are also provided in these centres and community networks, and through a free telephone helpline. The list of dispensation sites is available on the project website https://atlas.solthis.org.

A solution to remove barriers to access to care

Although the rate of HIV infection remains moderate in West and Central Africa (WCA, 1.5%), the HIV epidemic is concentrated in certain population groups such as sex workers, men who have sex with men, and drug users. As UNAIDS advocates for universal access to HIV testing to defeat the epidemic by 2030, self-testing is a complementary strategy to existing testing strategies to reach all those populations at high risk of contracting the virus who do not access existing services. Over a period of 3.5 years, ATLAS will not only distribute more than 500,000 HIV self-test kits in Mali, Senegal and Côte d’Ivoire, but will also lay the foundations for the large-scale deployment of this testing strategy by the government and other partners:institutional, community and research partners.

Learn more about the project

The ATLAS project is being implemented in Côte d’Ivoire, Mali and Senegal jointly by the consortium formed by Solthis and IRD, funded by Unitaid.