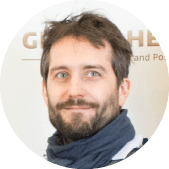 Among the first countries to acknowledge that they were affected by HIV, the DRC has made progress in the fight against HIV since the discovery of the first cases in 1983 and the recognition of the epidemic by the Government in 1984. Today, the country faces a generalized HIV epidemic with an estimated prevalence of 1.2% in the general population (DHS 2013-2014).

However, the fight against HIV in DRC faces a problem of availability and quality of strategic information that can be used to define and monitor health policies. Programmatic data often lack coherence at all levels of analysis, making it difficult to define a realistic performance framework for the coming years. Data validation throughout the country was deemed essential. Specifically, a study to certify the number of patients actively on ARTs in the DRC was launched in October 2018 with the funding of the Global Fund. Grégoire Lurton, Health Metrics Specialist and consultant at Solthis who led the work, explains the purpose of this study and its results.

Finally, and this was the primary objective of the survey, we provided a solid basis for informing the performance framework of the DRC HIV programme.

Could you briefly tell us about the study conducted in the DRC and what was its main goal?

The goal of the survey was to estimate the number of patients on ART treatment in each of the DRC’s health facilities, and to compare the figures with routine data reported in the country. The exercise was funded by the Global Fund but covered the whole country, including the areas supported by PEPFAR. It took place between October 2018 and May 2019, during which time we, in close collaboration with multiple stakeholders, collected data on 183,361 patients in 1267 health facilities across DRC, and provided an analysis of the successes and failures of the country’s data collection system.

How will the results of this survey improve the fight against HIV in the DRC?

At field level, the main utility of our results is diagnostic. In facilities where we have noted a strong overestimation of patients under ARVs, it is necessary to question the organization of information, and therefore the organization of care. The additional analyses in our report provide elements to understand the problems encountered. We also compared, facility by facility, the data collected by our teams with the data from the electronic patient records used in DRC, which allowed us to assess the quality of the implementation of this tool. In sites where we observed an underestimation of the number of patients on ART, we were able to draw attention to the risk of drug shortages.

At national level, we provided an unprecedented cross-sectional description of the patients on ART treatment in DRC. The methodological choice of collecting individual patient data (and not data aggregated at facility level) allowed us to offer a precise description of patients, their demographic characteristics and the treatments they receive, at the scale of the huge country that is the DRC. We also recorded the GPS coordinates of almost all the sites visited, which allows us to provide a unique mapping of HIV care in DRC.

As an expert, how this new data could be analyzed in comparison to the regional and international HIV context?

Our results highlighted two challenges in HIV care in DRC:

– A very high feminization of patients under ARV treatment. Two thirds of people on ARTs are women. Men’s access to health care is not restricted to HIV care, but it seems obvious that this is one of the keys to success in the fight.

– A low diversity of therapeutic options. 85% of patients are under the same treatment line (TDF+3TC+EFV).  We found a significant number of second-line patients in only two provinces where viral load testing is available. But even in these provinces, less than 15% of patients have access to these treatments.

What actors were involved in the study on the field to ensure the success of this project?

The scale and complexity of the project allowed us to work with a wide variety of actors. First of all, I worked continuously with the teams of the National AIDS Control Programme in Kinshasa who commissioned the study and followed it closely. Professor Paulin Mutombo, from the Kinshasa School of Public Health (ESPK), supervised the field study and monitored the teams who were collecting data on the field. The involvement of ESPK was a key element of the project’s success, as they were able to mobilize investigators throughout the country who knew the health system and were able to work independently. We also had ESPK and NACP supervisors at the provincial level who monitored the investigators on a daily basis.

We also worked with the NGO Cordaid, the Global Fund’s primary recipient who was directly interested in the project, and provided us with technical and logistical support, in particular, by procuring 150 electronic tablets in record time. We also worked with the PEPFAR and the US CDC teams in Kinshasa, who actively participated in defining our methods and monitored the progress of the project in the PEPFAR intervention areas.

Affected by the Ebola epidemic and unstable security in some areas, what are the main challenges for this type of investigation in a context such as that of the DRC?

The main challenge for this type of large-scale survey is team mobility. In the northeast of the country, a team had to travel through Uganda to access some sites without putting their safety at risk. For the facilities located in Ebola affected areas, we met problems accessing the data we wanted to consult. Some facilities were also only accessible in several days by boats. A few sample sites were therefore left out so as not to put our investigators at risk, or because the cost of reaching them did not seem justified by their importance. The teams had to be very creative to carry out the investigation.

Another issue was the transmission of data. We conducted the survey on electronic tablets and the investigators were required to transmit the data at least every three days. Unfortunately, data collection began just after the presidential election in December 2018, after which the Internet was cut off over a large part of the country for several weeks. Here again the teams found ad hoc solutions and we were finally able to recover all the data in a reasonable time.

What recommendations did the project identify and what are the next steps?

Our first recommendation was to take the time to fully understand the results of the project. We found that, for every 100 patients reported as followed, we were able to find up-to-date documentation for only 82 of them. But in more than 50% of the sites, this certification rate was over 91 percent. It is therefore important to understand where this overestimation comes from, and whether it is due to calculation errors, data problems or any other reason.

We also recommended the standardization of additional data sources, such as ART treatment distribution data. In 387 sites where investigators identified data collection on ART treatment dispensation, we were able to show that these data could be used to improve the estimation of the cohort size. Finally, we described ways to strengthen data monitoring in order to identify facilities with inconsistent data as soon as possible.

We are currently in discussions with the NACP and the Global Fund to define how to make the most of our results, and how to implement these recommendations.