As part of the project « Improvement of living conditions of prisoners in Say and Niamey », funded by the European Union and implemented by Solthis and its partner the Nigerien Association of Human Rights (ANDDH), Solthis team in Niger and the ANDDH have handed to the infirmaries of the Niamey and Say prisons medical equipment, in presence of the superintendent, the chief officer, the director of the reintegration and the Major of the infirmary.

This donation of small medical equipment such as hospital beds, blood pressure monitors, hygiene kits, height rod, scales for example, will allow to equip the infirmaries of prisons of Niamey and Say.

This project, started in January 2016 and ending in October 2017, is aimed at promoting human rights, by improving living conditions in prisons and strengthening the Nigerian civil society in its advocacy role of protection and promotion of human rights. Solthis intervenes specifically to improve the quality of health services in prisons by strengthening healthcare staff capacities and awareness of management staff to healthcare rights for all.

Pictures taken at the Niamey prison 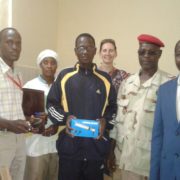 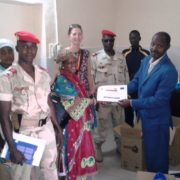 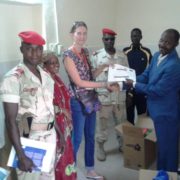 Pictures taken at the Say House of arrest 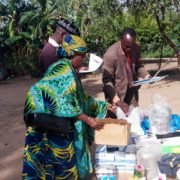 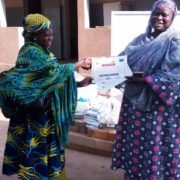 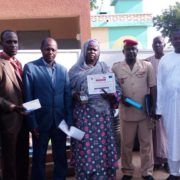 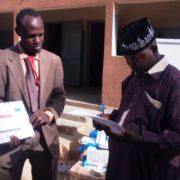