UNITAID committed a further US$ 14.7 million to the second phase of the OPP-ERA project 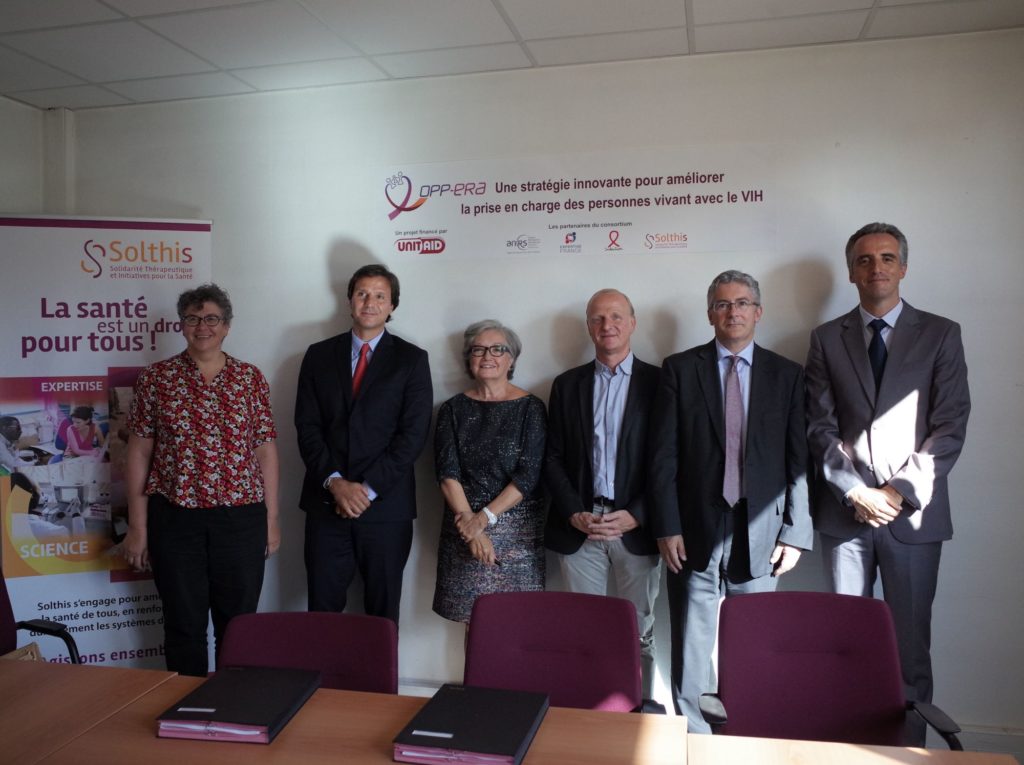 GENEVA, PARIS- 1 September 2016 – UNITAID today committed a further US$ 14.7 million to the OPP-ERA project, a successful initiative to expand access to quality, affordable viral-load testing in Western and Central Africa. The project is led by a consortium of French partners: Solthis, Expertise France, Sidaction and the ANRS. The second three-year phase will aim to expand access to viral-load testing in four countries:  Burundi, Cameroun, Côte d'Ivoire and Guinea. It was officially launched today with UNITAID's Executive Director Lelio Marmora gathering with consortium representatives at Solthis' head office in Paris.

A viral-load test is the only way to know if a treatment for HIV is successful, and the only way to diagnose HIV infection in newborn babies. A lack of viral load access could undermine global efforts to diagnose and treat people living with HIV. In 2014, UNAIDS set a target that by 2020, 90 per cent of all people living with HIV should know their status, 90 per cent of those diagnosed should receive antiretroviral treatment and 90 per cent of those treated should have durable viral suppression , which is the hallmark of an effective treatment.

OPP-ERA, which has been running in Burundi, Cameroon, Côte d'Ivoire and Guinea since March 2013, promotes access to Open Polyvalent Platforms (OPPs) – an innovative open laboratory system that enables HIV viral-load testing as well as a host of molecular tests to diagnose tuberculosis and viral hepatitis. The system is flexible, rapid, and easy to use and maintain for trained technicians, with machines suited to health clinics in both centralised and remote regions.

The OPP-ERA project is starting to fill the gap. For example, by the end of the first phase of the project, more than 20 per cent of people on HIV treatment in Burundi had been tested for viral load. It should also enable research teams to demonstrate the polyvalence and effectiveness of the OPPs at national level.

“The project will focus on stimulating manufacturers and suppliers to enter the market for viral-load testing, on growing demand for tests, and on demonstrating the benefits of open platforms to provide testing, even in places with relatively low HIV prevalence,” said UNITAID's Executive Director Lelio Marmora.

“We are proud of this project, which brings together the scientific expertise and operational know-how of French actors today in West Africa, along with national partners committed to improving access to viral load” said Louis Pizarro, Executive Director of Solthis.

The OPP model promoted by the OPP-ERA project is already being widely adopted. The Global Fund is now procuring Open Polyvalent Platforms and is looking to the OPP-ERA project for its tools and training. And 17 other countries outside the project have recently invested in OPPs technology, which should stimulate manufacturers to enter the market, increasing competition.