Flash Back on the launching workshop and scientific conference organized on 24th and 25th of April : more than 400 participants attended the conference!

For the launcing activities of  ANRS 12344-DIAVINA (“Diagnostic Virologique et Initiation à la Naissance“), a project that aims at improving HIV/AIDS prevention and diagnosis at birth among newborns whose mother were not diagnosed during the pregnancy period, Solthis team in Guinea organized a workshop and a scientific conference on 24th and 25th of  April.

” The goal of Zero New HIV Infection among newborns  is achievable in Northern countries as well as in southern countries . The stake is however  HIV-positive pregnant mothers  screening and treatment  for a mximum number of HIV-negative newborns. »Pr ROUZIOUX 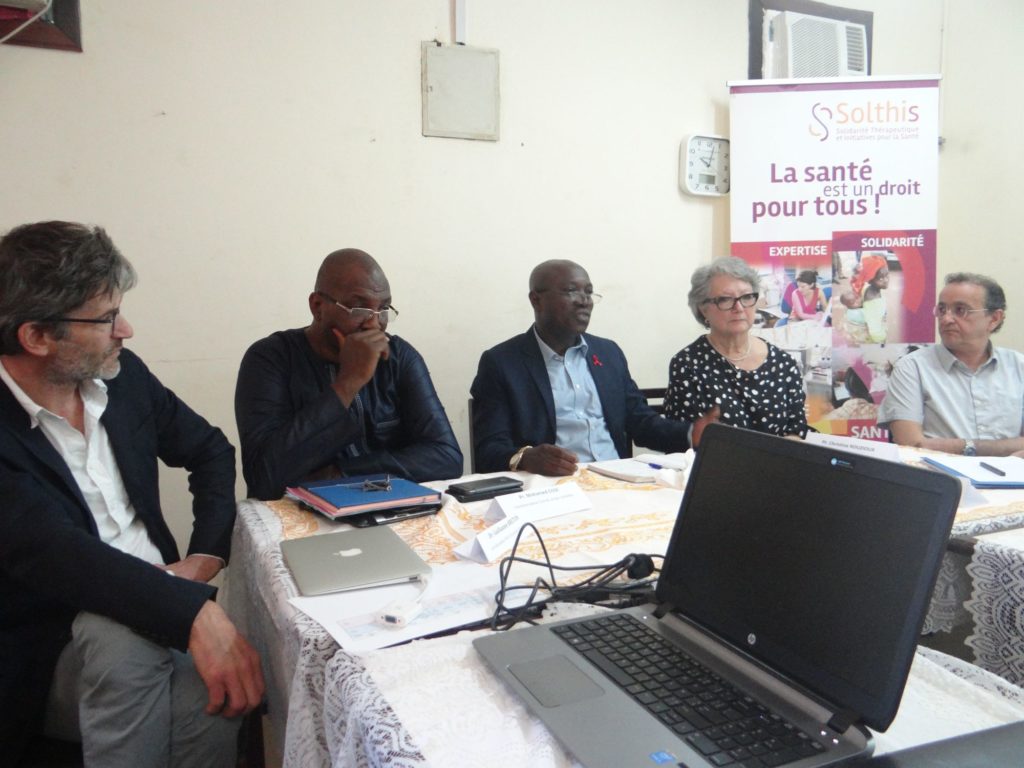 The launching  workshop held on Monday 24th of April at the Ignace Deen Hospital, ANRS 12344-DIAVINA operationnal site, brought together actors of the project: gynecologists-obstetricians, pediatricians, HIV specialists and Public health, laboratory technicians, pharmacists, as well as representatives of associations assisting people living with HIV. All have expressed their willingness to be involved in this project.

Dr. Roland TUBIANA recalled that ” HIV / AIDS diagnosis among children born from HIV-positive mothers is recommended as early as possible to reduce the risk of morbidity / early mortality by early antiretroviral therapy” 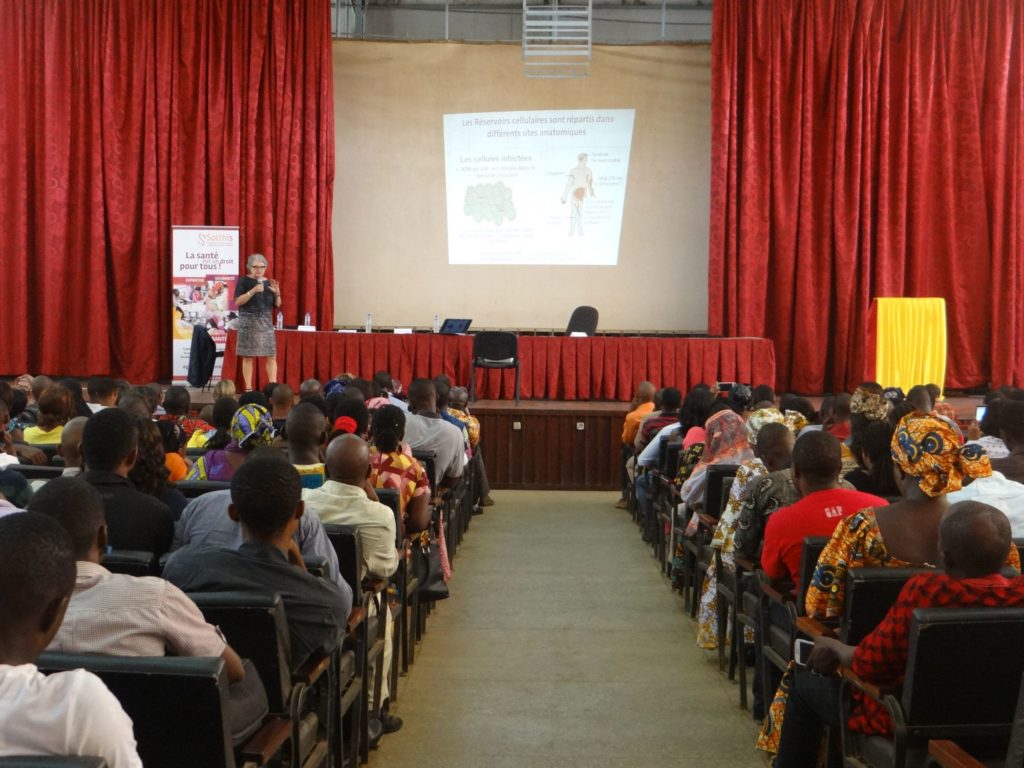 The  launching workshop was followed on tuesday 25th of April by a scientific conference, organized in partnership with the Faculty of Medicine, Pharmacy and Odontostomatology of Gamal Abdel Nasser University in Conakry.

Medical students, HIV care workers and representatives of international and national Solthis partners attended the conference. After the introduction of Pr. Mohamed CISSE (Vice-Dean of the Medicine faculty and Head ofthe Dermatology and Venereology  departement at CHU Donka-Conakry), each speaker presented a topic under the theme of HIV / AIDS, by emphasizing on the prevention of mother-child HIV transmission. Dr. Roland TUBIANA communicated  on PMTCT new achievements, recalling  “it is never too late to screen and initiate treatment for pregnant women, but it is more efficient to do it as soon as possible”. Pr. Christine ROUZIOUX intervened on  HIV / AIDS diagnosis among children and newborns with focus on screening activities. Finally, Dr. Guillaume BRETON addressed issues of  the tuberculosis-associated immune reconstitution inflammatory syndrome (IRIS) for HIV / TB co-infection cases.

As in many sub-Saharan African countries, many children, in Guinea, are still born from HIV-infected mothers who have not received antiretroviral therapy throughout  their pregnancy periode despite the improvement of  prevention programs for mother – child HIV transmission. Babies infected during the perinatal period are at high risk of death during their first year of life (50% death) for the lack of treatment. By  immediate diagnostis and treatment at birth, ANRS 12344-DIAVINA helps to increase their chances of survival.

Read more about the project