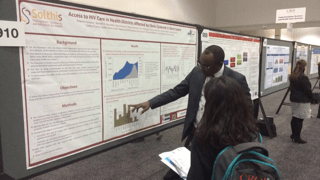 Our Scientific Director, Guillaume BRETON, and our Health Information Systems (HIS) Manager, Jacques NDAWINZ, are attending the CROI 2016 (Conference on Retroviruses and Opportunistic Infections) which opens today in Boston until February 25, 2016 .